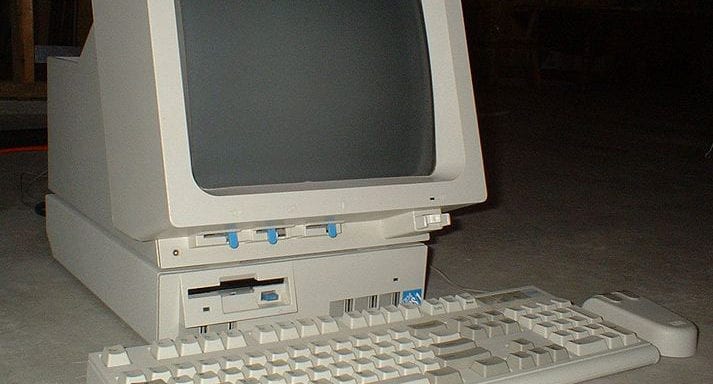 It was 20 years ago today…plus or minus…when we sold our first book on the World Wide Web (a.k.a. the Internet a.k.a. the Web.)

Before that Wonder Book (& Video) had exclusively been a brick-and-mortar book and comic and media store since 1980. Actually, stores—we had three in 1997. Still do!

Things were pretty rosy in 1997. We were selling books like crazy. We were renting VHS cassettes like crazy. We had a couple hundred weekly comic subscribers, and every Tuesday Clark Kline, the flagship store manager then, would drive to Geppi’s in Baltimore and pick up that week’s new release of comic books. CDs were still novel and extremely popular. We stocked new ones as well as used. (“The music you hear in the store is available for purchase”—signs read around the stores.) We were in the throes of the “Hypermodern First Edition” collectors boom.

Hypermodern First Edition books—just about ANY hardcover fiction (literature and mystery and sci-fi…) in great condition with a dust jacket would retail for $15 and up. It made sense at the time. However, the boom would go bust not too many years later—largely due to the Internet widening the availability of books. But that’s a story for another blog…

Of course, the dust jacket must be kept pristine; any tear and nicks would destroy the book’s value. To do this you would wrap the paper jacket in a Brodart book jacket cover. Wonder Book was one of the first bookstores to buy these en masse. A Brodart representative contacted me and asked what we were doing with the thousands we’d ordered. When I explained, they were surprised but they soon hopped on board. Wonder Book was even featured on the front and back covers of one of their phonebook-size* catalogs to promote the use of book jacket covers to other used and antiquarian booksellers and collectors.

* If you don’t know what a phonebook was—well, that’s another story. But phonebooks were thick, softcover books with hundreds or thousands of pages.

Yep! Things were going great in bookstores in the 90s. I was a bit of a Movie Mogul and Collectible Modern Fiction Book Specialist.

Clark was a Comic Guru. He knew just how many copies of Alien vs. Predator or The Death of Superman to order. Customers would often order multiple copies of brand new comics as investments. We didn’t do much with baseball cards, Magic: The Gathering, Beanie Babies, or pogs—but people were speculating there too.

I was also exhibiting at book shows then. I’d pack and drive the best collectible books to Florida or Baltimore or… I’d rent a booth and spend the weekend selling. I’d also buy books I felt I could make a good enough profit on.

A guy started appearing at a table near the entrance to these shows touting a new way to sell books on a computer. His name was Dick Weatherford, and that first online company was called Interloc. He would try to buttonhole me, but I ignored his pitches. It certainly made no sense to me. And I had zero interest in computers or mixing computers with books. Why, heavens to Betsy, things were great.

We were booming! Books and movies! Fun and money!

Clark would mention selling on the World Wide Web occasionally. I’d scoff, “We are so busy. I don’t want any distractions.”

My brother, a dozen years older than I, was a college professor and the family electronics expert. In the 1960s Dad would ask, “Tony, can you fix the TV?” My brother would also occasionally bring up this newfangled, computer bookselling. But I knew better.

I worked in the stores in those years. Many customers I knew personally. I’d seen their kids grow. I’d helped them build collections. Some would walk in, and I knew just what new arrivals they’d be interested in, and I’d walk them over them.

One regular customer was a Stephen King collector. He’d bought a lot of King’s books from me. I’d gotten in a signed, limited portfolio of Stephen King/Bernie Wrightson prints, and I was asking $750 for it. I think I’d paid $500. My customer told me, “Nah. I already got one on the computer for $350.”

‘Hmmmm…maybe I’d better look into this,’ I thought.

I asked Clark to show me this WWW thing and the bookselling sites they had. He fired up the high tech PC, and we explored bookselling on the Web. It was all text. A boring, dry, primitive, clunky typeface.

I could NOT imagine buying books like that could be any fun. Sure, booksellers had been selling books in the mail using text only descriptions since the mid 19th century, but to sell and buy books on something resembling a TV screen? Sacrilege!

I picked out forty of our weirdest, collectible books, and Clark entered them online. We turned off the machine and went home. The next morning we had our first order:

History and Development of Holstein Cattle in Frederick County, Maryland, 1922-1964 for $45!

The book is a thin and unobtrusive thing. The subject is very narrow. It was a book I was never able to sell in Frederick, Maryland. So, it wasn’t just that the “computer” sold a book on Frederick cattle. But the person who bought and paid for it within hours of us listing it online was from ENGLAND. Suffolk, I think.

In some old television cartoons when characters had a brilliant epiphany, a light bulb would appear above their heads. I don’t doubt if I could go back in time to that day and see myself, there would be a light bulb glowing brightly in air above my thick noggin.

I became an instant believer in “Selling Books on the Computer.” We began listing books as fast as we could. In those early days the focus was on the weird and obscure but interesting and collectible to a small but passionate audience somewhere, anywhere in the world. The books then tended to be pretty expensive as well.

A book on mosquito antennae sold to a scientist in Panama. A tiny, nearly invisible-on-the-shelf pamphlet on Hoboken, New Jersey sold…to a collector in New Jersey.

Now, in 2017, there is no sign of a slow down in the selling of books via the web all over the world.

We have over 2 million books online shelved on bookcases in our Frederick, Maryland warehouse. We ship thousands of common and uncommon books all over the world each day.

If we hadn’t sold that Frederick Cow Book that first day would this have happened?

I dunno. But I’m very thankful for that first customer and his passion for Holstein Cattle!

I’m no longer a Luddite or technophobe. I’ve learned to embrace technology and constantly look for innovations and new markets and methods. It’s not just for the sake of paying salaries and rents and utility bills, but it is a fun “game”. There’s always something different. New problems, challenges, successes, failures…

AND there are always different books. Not a day goes by that I don’t see many, many books I’ve never seen before. (Ok, maybe some I’ve forgotten I’ve seen before.)

And I’ve personally handled millions of books. Millions, you ask? Say, conservatively, about 1000 a day (many days, far more). About 320 days a year. On September 21, 2017 we will have been in business 37 years. I’ll let you do the multiplication.

And there’s the passion I’ve had for books since that day I opened the little shop in 1980. It’s never left. And that is true for many of the 100+ people that are part of Wonder Book. Four of whom have been selling books here with me since 1989.

And, nowadays, with so many bookstores and knowledgeable booksellers gone, there are SO MANY books that no other book companies are buying. We feel a duty and obligation to take in as many as we can and find new homes for them. 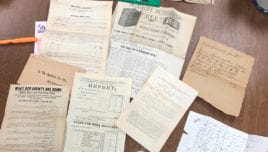 This week indeed included the season's first fires in the woodstoves. The cold had started seeping in through my pretty tight modern... END_OF_DOCUMENT_TOKEN_TO_BE_REPLACED