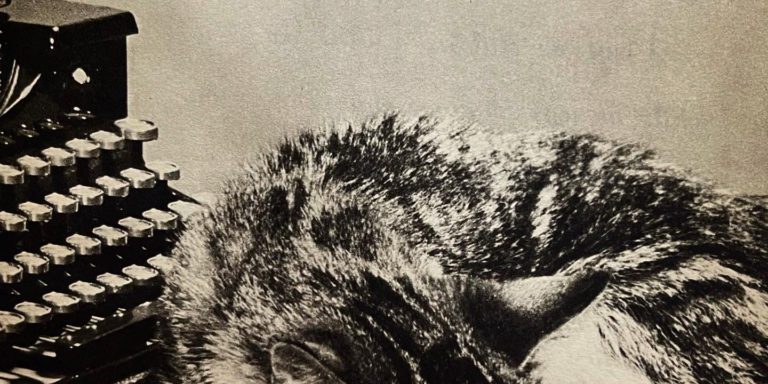 “It’s the cat. I’m worried about the cat. I trust her and all. But there’s something sly about her. Almost feline. Anyway, I’ve found these books she has secreted behind the counter at the shop,” the bookseller said. 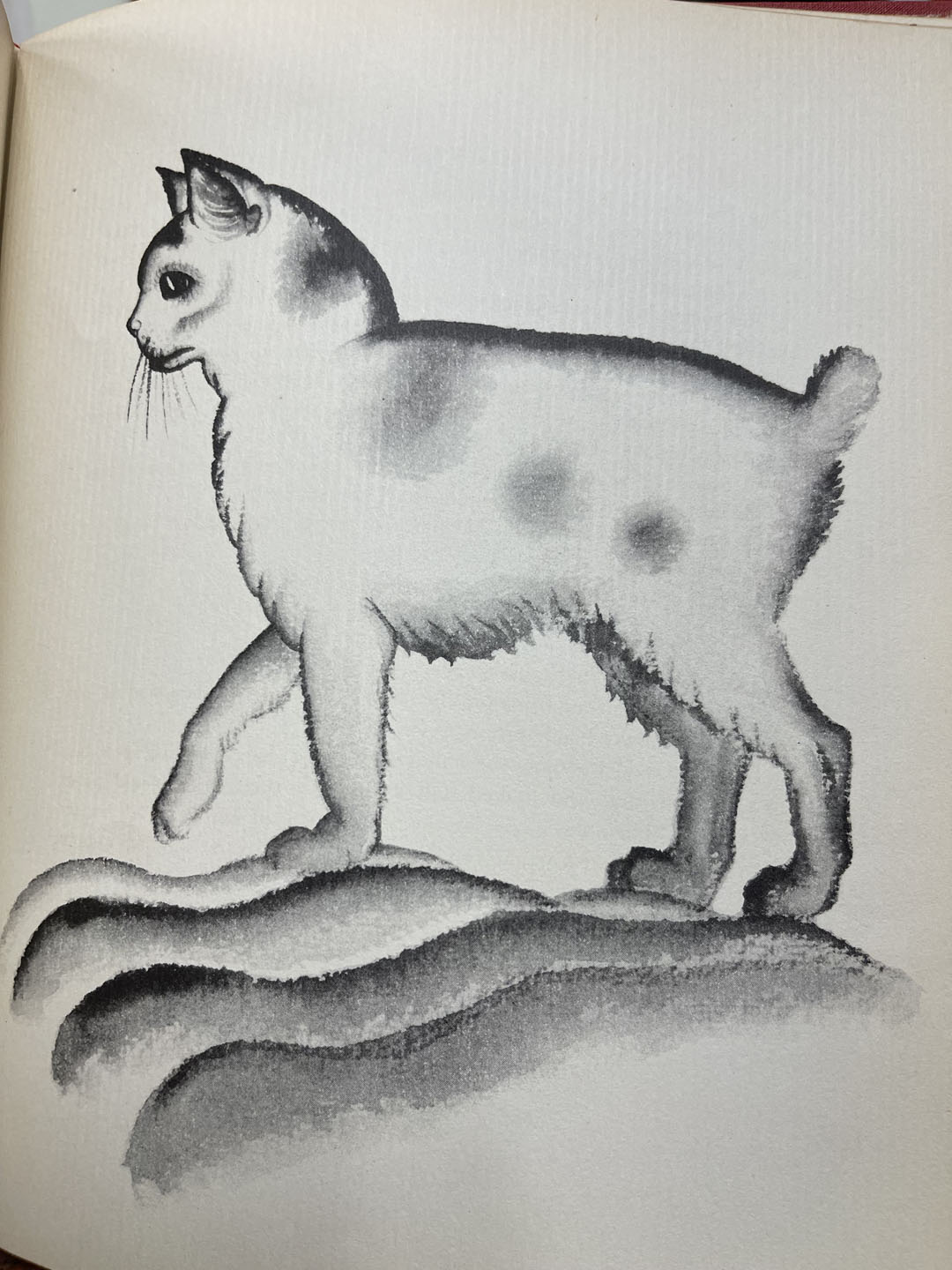 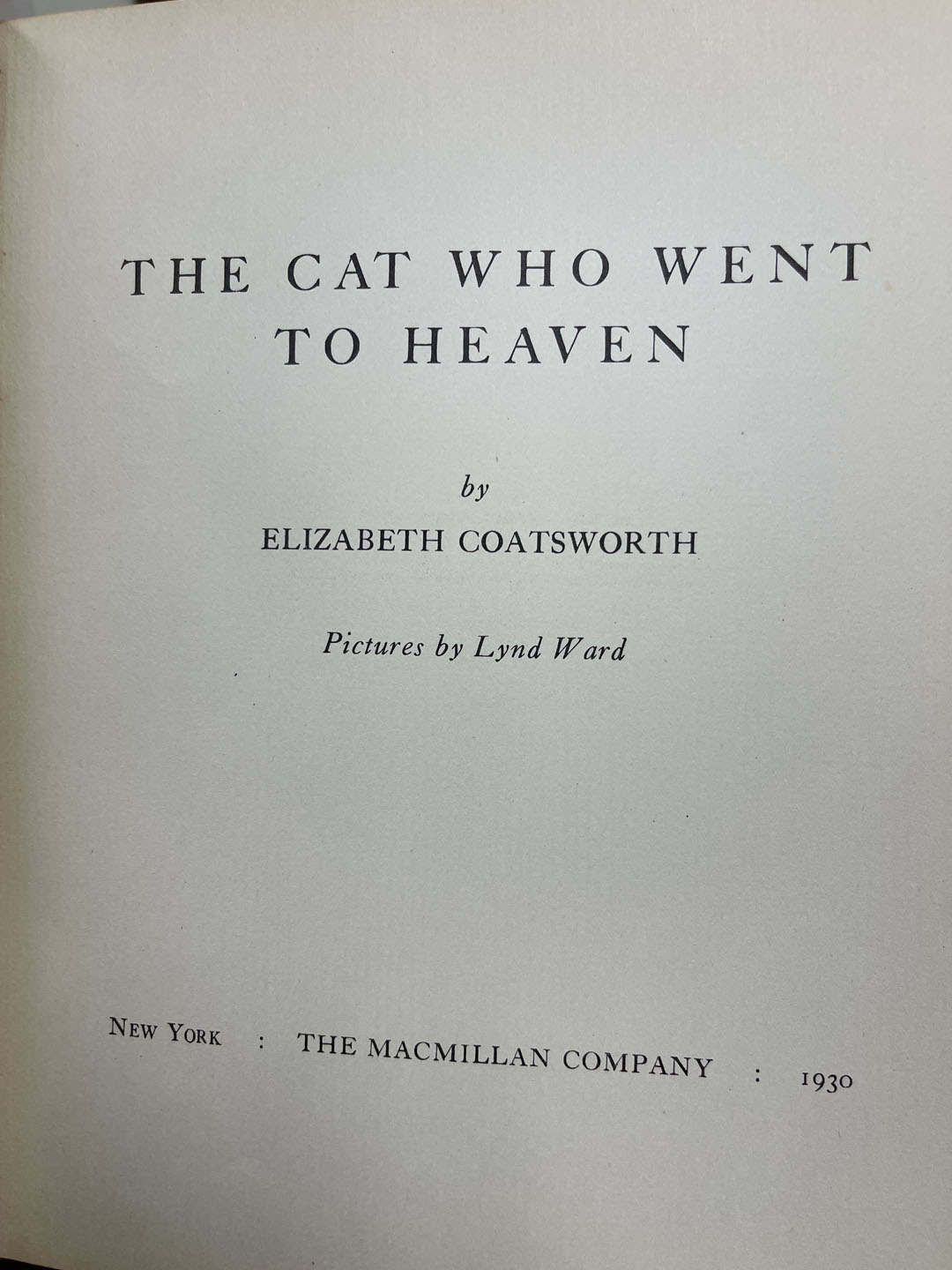 The bookseller sighed. “But what troubles me is I’ve found searches on the store’s computer—’how to open a bookstore.'”

“Hah. Ha,” his companion at the bar replied.

“She seems loyal. But with cats you never know. They are always… I don’t know… calculating.”

The bookseller had slipped out to his favorite bar to meet his best scout. A reddish amber Old Fashioned cocktail sat before him. It had drops of sweat on the outside of the squat heavy glass. Fat black cherries rested on the bottom of the glass.

“I don’t know what to tell you,” the scout said. His glass of Bud Light was warming. His “source of income’s” concerns took the thirst from him. “But since she’s come, you’re selling more books than ever. Good books. And the house calls she is getting for me. I’m making more than ever. I’m… I’m looking at a house. And… getting married.”

“Because of the cat?”

“I don’t know. Things are better than ever. You’ve said you’ve had your best months…”

“Are you jealous of her?”

“If she’s a better bookseller. And if she is writing a book. And… I mean… I don’t want to retire.”

“Listen,” the scout said thoughtfully. “She is a gift from God. Give her what she wants. She can’t get a business license. Have you asked her?”

“I just feel I’m losing control. It’s my shop. They are my books. I mean, she just wandered in one day after… after…”

“Althea left. She was amazing. Do you know, I think her eyes would change color sometimes?”

“Yes. With an endangered species. A Snallygaster. I saw it.”

“Bartender! No more drinks here. Water for my friend. And I’m buying.”

“No. Really. She did. She flew off with…” He shook his head. “I don’t talk about it. People might think I’m crazy.”

“And an old friend went with her. Barbara. But it wasn’t exactly the same Barbara I recall from so many years ago.”

“Fairy tales. Maybe it is time you should look at retiring. But not yet. Just give me another year or two.”

“No. No fairy that time. The fairy—she’s always been around. Comes and goes. She’s a kind of book muse. But the Snallygaster knocked down a stone wall in back when it escaped. That’s where Tim put the addition in for the rare book room. So, it really happened.”

“Why there? Why in your bookshop?”

“Maybe it’s the books. Maybe the shop was built on some fault line between the real world and the… other real world. It seems that folk legends come to life there.”

“So, you have a cat running your business, cataloging your rare books… A cat who is writing memoirs. A cat who is researching on how to open a used bookstore… What do you do with all your free time?!” His old friend laughed out loud.

“It’s not funny. And I’m doing all the packing and shelving and schlepping books around.”

“Her aunt is dying. That’s occupying most of her time. And no one’s applying for a job.”

“What about that young woman who appeared? I thought she was going to take the job.”

“Annirosa. She did. She did great work for a couple weeks. Then she said, ‘I have to fly off for a while. A mercy mission.'”

He looked down, and Mathilda was standing on her hind legs. The claws on her front paws were firmly embedded in his left calf.

“Hey, buddy!” the bartender leaned over the counter to see what had upset the bookseller. “No pets in here. Health department rules. You’ll both have to leave.”

The bookseller took one last pull on his Old Fashioned and set it down. He extracted a twenty from his wallet and placed it on the counter. He slid off the stool and walked to the door. Mathilda trotted behind him, her tail erect and flicking from side to side.

The bartender looked at the scout, who was sipping his beer.

“I wonder how that cat got in here? I didn’t see the door open.”

Out in the parking lot, the bookseller unlocked van door and pulled it open. Mathilda hopped up and over to the passenger seat. She stood on her hind legs with her front paws pressed on the dashboard.

“Why’d you get me kicked out of there, Mathilda?”

She cocked her head and gave him a serious look.

“Something going on at the shop?”

She nodded her head.

When they pulled up to the front porch of the bookshop, the bookseller exclaimed, “A dog?!”

“It’s a wolfhound. But I’ve never seen one with red hair before.”

The bookseller got out and walked up the steps.

Mathilda hopped out and scurried around the side of the porch, jumped up and trotted to the front door. There she sat with her hackles up. Her tail flicked in annoyance.

The dog became animated at the man’s approach. He fairly shook with excitement. His tail wagged vigorously and his loose skin jiggled.

The dog just shook his head and drool sprayed out from his flappy cheeks.

He had a large spiked collar about his neck. Tied to it was a cloth bundle. The bookseller patted the dog’s head, and his response was to sit on his haunches and gaze lovingly into the man’s eyes—as only a canine can do.

The bookseller untied the bundle and opened it. There was a little vellum scroll tied with beeswaxed binding thread. He slid that off and unrolled the scroll.

On it in a familiar hand he read:

This is Setanta. He needs to stay with you for a year. He can shelve and pull books. I know you need help.
xxxx
Althea

P.S. Annirosa says she will be able to come back after the equinox.

PPS Setanta will not drool on your precious books.

“Althea…she was here?” he whispered aloud.

The dog nodded his head happily. A long string of drool attached itself to the bookseller’s hand.

The hound stood on his hindlegs. He was just as tall as the bookseller. He lapped his huge tongue across the man’s cheek.

The creature let out an enormous howl in the affirmative.

“Well, you might as well come in. If Althea recommends you, I’m sure you’ll be fine. Let me let Mathilda in first. I imagine she will want to get up somewhere high until she gets used to you.”

The bookseller strode across the porch and pulled the door open. Mathilda squeezed in as soon as the crack was wide enough. The little silver bell above the door trilled in anticipation.

“C’mon, Setanta! Come see the bookshop. It’ll be strange to have another guy around the place.” 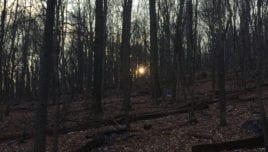 I walked—or at least I dreamed I walked east. I knew I was going east because, although the forest canopy... END_OF_DOCUMENT_TOKEN_TO_BE_REPLACED