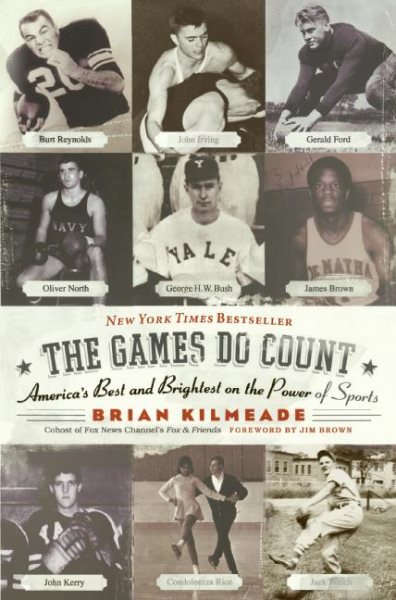 Some of America's leading celebrities, politicians, and businesspeople offer personal accounts of how a love of sports and their participation in a variety of sports shaped and influenced their lives. Read More
What do Henry Kissinger, Jack Welch, Condoleezza Rice, and Jon Bon Jovi have in common? They have all reached the top of their respective professions, and they all credit sports for teaching them the lessons that were fundamental to their success. In his years spent interviewing and profiling celebrities, politicians, and top businesspeople, popular sportscaster and Fox & Friends cohost Brian Kilmeade has discovered that nearly everyone shares a love of sports and has a story about how a game, a coach, or a single moment of competition changed his or her life.These vignettes have entertained, surprised, and inspired readers nationwide with their insight into America's most respected and well-known personalities. Kilmeade presents more than seventy stories straight from the men and women themselves and those who were closest to them. From competition to camaraderie, individual achievement to teamwork, failure to success, the world of sports encompasses it all and enriches our lives. The Games Do Count reveals this simple and compelling truth: America's best and brightest haven't just worked hard -- they've played hard -- and the results have been staggering! Read Less

Goodreads reviews for The Games Do Count: America's Best and Brightest on the Power of Sports