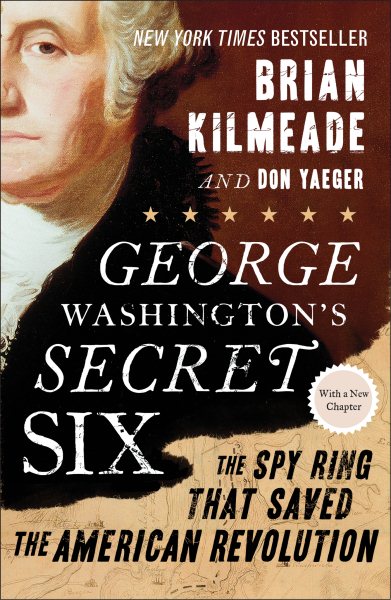 Shares the story of an anonymous group of spies who played roles in winning the Revolutionary War, documenting how they risked their lives to obtain intelligence for General Washington using sophisticated tactics and complex codes. Read More
*Now with a new afterword containing never-before-seen research on the identity of the spy ring’s most secret member, Agent 355“This is my kind of history book. Get ready. Here’s the action.” —BRAD MELTZER, bestselling author of The Fifth Assassin and host of DecodedWhen George Washington beat a hasty retreat from New York City in August 1776, many thought the American Revolution might soon be over. Instead, Washington rallied—thanks in large part to a little-known, top-secret group called the Culper Spy Ring. He realized that he couldn’t defeat the British with military might, so he recruited a sophisticated and deeply secretive intelligence network to infiltrate New York.Drawing on extensive research, Brian Kilmeade and Don Yaeger have offered fascinating portraits of these spies: a reserved Quaker merchant, a tavern keeper, a brash young longshoreman, a curmudgeonly Long Island bachelor, a coffeehouse owner, and a mysterious woman. Long unrecognized, the secret six are finally receiving their due among the pantheon of American heroes. Read Less