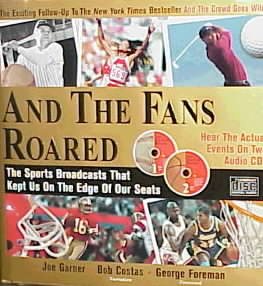 Goodreads reviews for And the Fans Roared: The Sports Broadcasts That Kept Us on the Edge of Our Seats (Book + 2 Audio CDs)