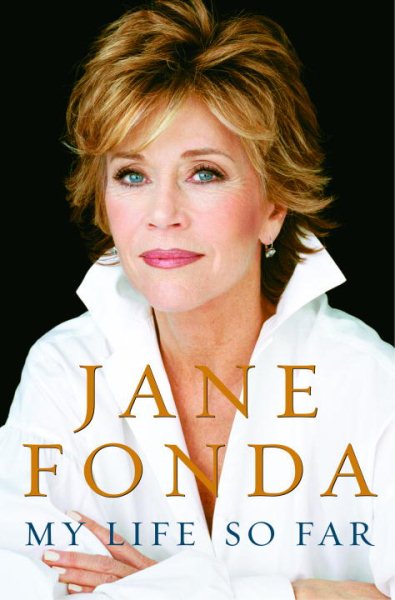 The actress describes her antiwar activism, feminism, and child advocacy; marriages to French movie director Roger Vadim, activist Tom Hayden, and media billionaire Ted Turner; and her many movies. Read More
She is one of the most recognizable women of our time. America knows Jane Fonda as an actress and an activist, a feminist and a wife, a workout guru and a role model. Now, in this extraordinary memoir, Fonda reveals that she is so much more. From her youth among Hollywood’s elite and her early film career to the challenges and triumphs of her life today, Jane Fonda reveals intimate details and universal truths that she hopes “can provide a lens through which others can see their lives and how they can live them a little differently.” Fonda divides her “life so far” into three “acts,” writing about her childhood, first films, and marriage to Roger Vadim in Act One. At once a picture emerges: a child born to the acting legend Henry Fonda and the glamorous society princess Frances Seymour. But these early years are also marked by profound sadness: her mother’s mental illness and suicide when Jane is twelve years old, her father’s emotional distance, and her personal struggle to find her way in the world as a young woman.By her second act, Fonda lays the foundation for her activism, even as her career takes flight. She highlights her struggle to live consciously and authentically while remaining in the public eye as she recounts her marriages to Tom Hayden and Ted Turner, and examines her controversial and defining involvement with the Vietnam War. As her film career grows, Fonda learns to incorporate her roles into a larger vision of what matters most in her life–and in the process she wins two Academy Awards, for Klute and for Coming Home.In Fonda’s third act, she is prepared to do the work of a lifetime–to begin living consciously in a way that might inspire others who can learn from her experiences. Surprising, candid, and wonderfully written, Jane Fonda’s My Life So Far is filled with universal insights into the personal struggles of women living full and engaged lives. Read Less

Goodreads reviews for My Life So Far