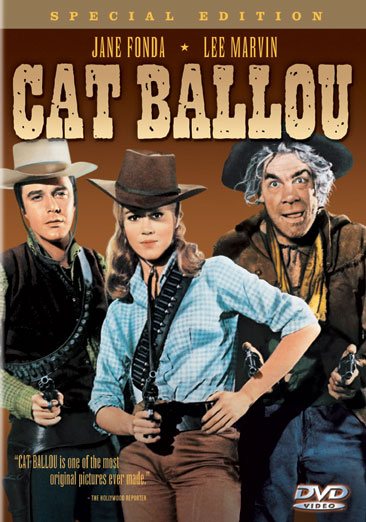 Marvin is a whiskey-soaked over-the-hill gunslinger who is hired to eliminate a vicious killer (whom he also plays). Fonda is the young outlaw who hires him. A western spoof. Read More
The western spoof that paved the trail for Blazing Saddles. Jane Fonda stars as the young innocent who becomes a wanted outlaw after her father is murdered. Lee Marvin won an Academy Award for his dual role as the gin-soaked Kid Sheleen and his eviin brother. Read Less