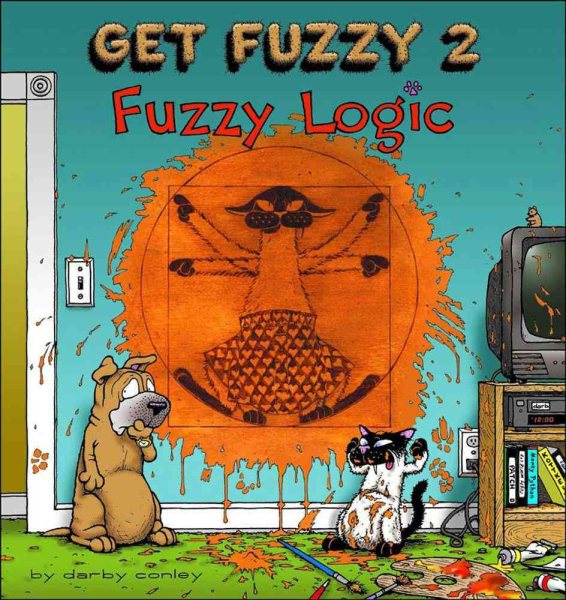 Follows cat Bucky, dog Satchel, and man Rob as they deal with public access television, home decorating, credit cards, flies, and Thanksgiving. Read More
Cats are famous for being aloof, but "cat-titude" reaches new heights in Get Fuzzy, the bitingly funny comic strip from cartoonist Darby Conley. Wry and witty, Get Fuzzy is a hilarious portrait of single life with pets. Rob Wilco is the human who heads the household, but it's really Bucky the cat who's in charge. Satchel, the gentle pooch with a sensitive soul who tries to remain neutral, frequently ends up on the receiving end of Bucky's mischief. Together, this trio makes it through the trials and tribulations of daily life as an unlikely team. Darby Conley's Fuzzy Logic will hit the funny bone of everyone who enjoys their pets with an attitude. Read Less

Bucky Katt's Big Book of Fun: A Get Fuzzy Treasury

I'm Ready for My Movie Contract: A Get Fuzzy Collection (Vol...

Blueprint for Disaster: A Get Fuzzy Collection (Volume 5)