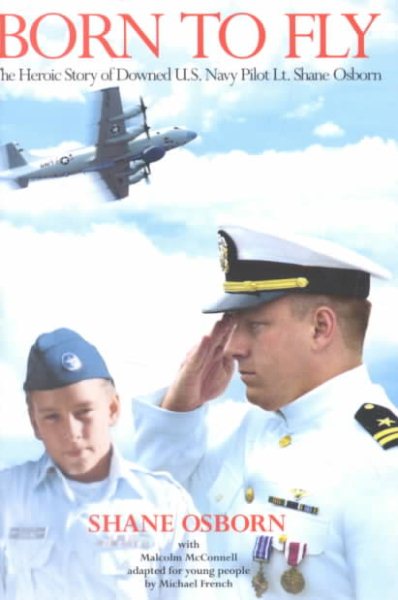 A U.S. Navy pilot who was forced to make an emergency landing in China after a collision with a Chinese fighter jet describes how he and his crew survived their ordeal. Read More
From the age of three, Shane Osborn dreamed of being a pilot. He began learning the skills he would need to fly as a member of the Civil Air Patrol, a branch of the U.S. Air Force, when he was just twelve years old. But it wasn’t until he graduated from the naval ROTC program at the University of Nebraska and joined the navy that his dream became a reality. For five years, Osborn practiced rigorous training exercises, working tirelessly day in and day out until he advanced from navy pilot to mission commander.All Lt. Osborn’s flying skills were put to the test when a Chinese F-8 II fighter jet collided with his EP-3E ARIES II plane during a U.S. surveillance mission through international airspace. The impact severely damaged Osborn’s aircraft, sending it plummeting toward the ocean. With almost certain disaster looming, Osborn managed to gain control of the crippled plane and land it safely on the Chinese island of Hainan–saving the lives of his twenty-three crewmates.In Born to Fly, Shane Osborn describes these terrifying events in vivid detail, along with the years of dedicated training that made the emergency landing possible. This is the inspirational story of a boy with a dream, and of the extraordinary discipline and courage that made him a hero. Read Less