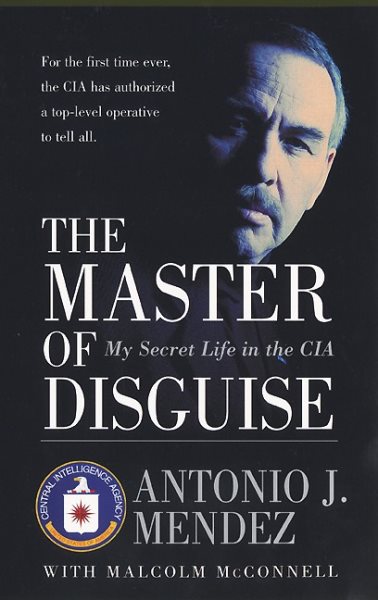 A top CIA operative offers an authorized account of his double life as a Department of Defense bureaucrat and a globe-trotting spy. Read More
From the author of Argo comes an unforgettable behind-the-scenes story of espionage in action. In the first ever memoir by a top-level operative to be authorized by the CIA, Antonio J. Mendez reveals the cunning tricks and insights that helped save hundreds from deadly situations.Adept at creating new identities for anyone, anywhere, Mendez was involved in operations all over the world, from “Wild West” adventures in East Asia to Cold War intrigue in Moscow. In 1980, he orchestrated the escape of six Americans from a hostage situation in revolutionary Tehran, Iran. This extraordinary operation inspired the movie Argo, directed by and starring Ben Affleck.The Master of Disguise gives us a privileged look at what really happens at the highest levels of international espionage: in the field, undercover, and behind closed doors. Read Less

Goodreads reviews for The Master of Disguise: My Secret Life in the CIA