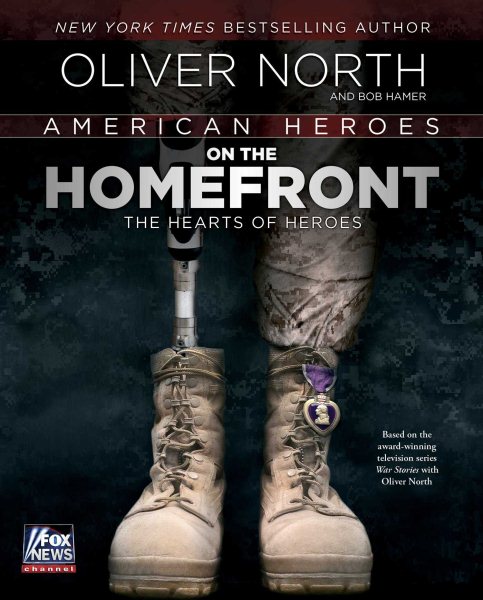 Presents a first-hand account of the stories of extraordinary Americans who volunteered to fight against terrorism after the September 11, 2001 attacks. Read More
From the New York Times bestselling author of Heroes Proved, a moving and inspirational chronicle of our national heroes’ sacrifices and triumphs in Iraq and Afghanistan, after their return to the homefront.Combat-decorated Marine Oliver North delivers a riveting firsthand account of the extraordinary young American volunteers—the best and bravest of their generation—who stepped forward to defend us from radical Islamic terror. For more than a dozen years North and his award-winning documentary team from FOX News Channel’s War Stories have traveled to the frontlines of the War on Terror to profile the dedicated men and women who serve our nation in harm’s way and chronicle what it truly means to be a hero. This time, he follows them from the battlefield to the homefront and finds extraordinary inspiration in their triumph over life-altering adversity. In this new volume of his New York Times bestselling American Heroes series, North describes in vivid detail the breathtaking courage, steadfast commitment, and resilient strength of those who serve—and those who love them. The term “selfless devotion” may be a cliché to many in our modern culture—but not to the men and women on the pages of this book. Their stories resound with bravery, a warrior ethos, and spiritual strength that ought to encourage us all. Heroes are people who knowingly place themselves at risk for the benefit of others. They give of themselves, literally and physically. Since the terror attack of 9-11- 01, more than 2 million young Americans have volunteered to serve in difficult and dangerous places. No military force in history has been asked to do more than those who have served and sacrificed in this long fight. They are American heroes. So too are their loved ones here at home. These are their stories. Read Less

Goodreads reviews for American Heroes: On the Homefront