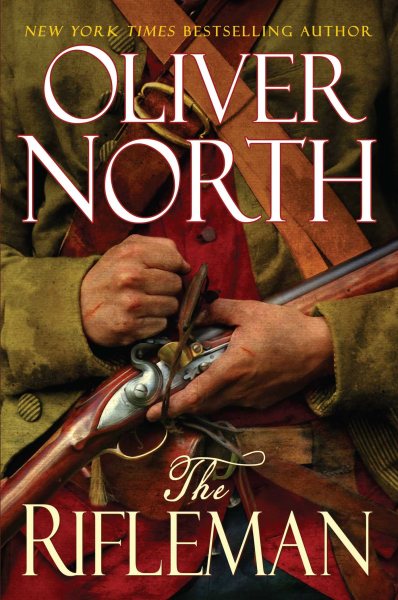 In 1775, George Washington, as Commander-in-Chief of the Continental Army, requested "ten Companied of expert Riflemen." Daniel Morgan's Rifle Company wore hunting shirts, linsey-woolsey leggings, and moccasins. Each had a tomahawk and a scalping knife in their belts, and carried "long rifles" in their hands. And they could kill a Redcoat at 250 yards. Morgan chooses Nathanael Newman as his adjutant. As Newman goes about his job to document, inventory, and keep the Generals abreast of their assets, he serves with tenacity and perseverance in the face of danger. -- adapted from jacket Read More
As seen on Hannity, Fox & Friends, Deep Dive, and The Ingraham Angle on Fox News! A gripping, fact-based story of how Daniel Morgan and his courageous riflemen played a crucial role in George Washington&apos;s victory in the American Revolution. This is a war story. It&apos;s about real people and events before and during the American Revolution. The central characters in this work&apos;Daniel Morgan, George Washington, Patrick Henry, Charles Mynn Thruston, and Generals Arnold, Knox, Greene, Lee, Gates, and a host of others&apos;actually did the deeds at the places and times described herein. So too did their accurately identified foreign and native adversaries. Though this is a work of fiction, readers may be surprised to discover the American Revolution was also one of the most &apos;un-civil&apos; of Civil Wars. If Daniel Morgan were alive today, he would be my near neighbor in Virginia&apos;s beautiful Shenandoah Valley. While visiting a nearby gristmill, Daniel Morgan and Nathaniel Burwell, a fellow Revolutionary War veteran, built in the late 1700s (now restored and operated by the Clarke County Historical Association), I became fascinated by this unsung American hero. &apos;My good friend Oliver North has spent his life in the company of heroes. In this great read, he tells the stories of some of my personal heroes&apos;the Riflemen you will meet in this book!&apos; &apos;LTG William G. &apos;Jerry&apos; Boykin, former commander, U.S. Army Special Forces and author of six books including his autobiography, Never Surrender Read Less

Goodreads reviews for The Rifleman