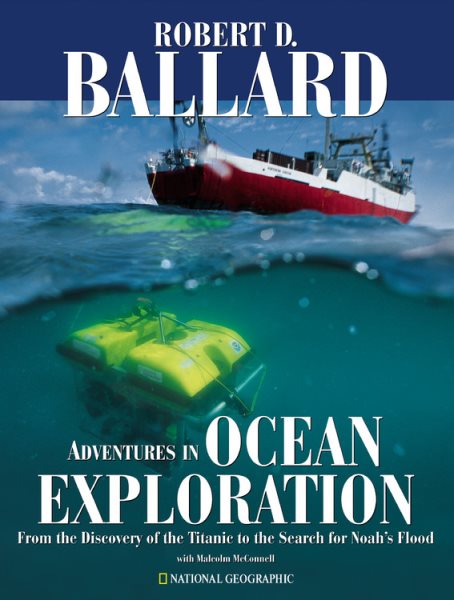 Few men know the ocean as well as Robert Ballard. Read More
Few men know the ocean as well as Robert Ballard. A pioneering marine scientist, he has dived in submersibles in all the planet's oceans, contributed key pieces to such scientific puzzles as plate tectonics and deep-ocean biology, and located scores of wrecked ships all over the world, included the doomed liner Titanic and the battered hulk of the German battleship Bismarck. Now, in this generously illustrated chronicle of our age-old fascination with the sea, he interweaves his experiences at the heart of modern undersea exploration with a vivid account of thousands of years of seafaring and discovery, as his own most exciting and important dives become the starting points for an odyssey through time that introduces the greatest sailors and voyages of history and sketches the evolution of ships and navigation from the first reed boats to the nuclear submarines of today. Read Less

Goodreads reviews for Adventures in Ocean Exploration : From the Discovery of the Titanic to the Search for Noah's Flood

Without Hesitation: The Odyssey of an American Warrior