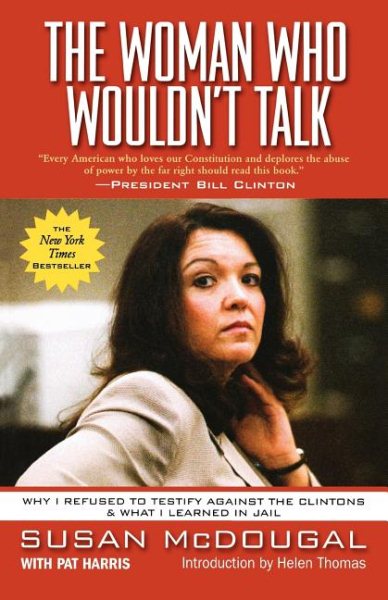 The author, who was imprisoned because she refused to testify in Kenneth Starr's Whitewater investigation, speaks out, offering a portrayal of the Clinton administration, Starr's investigation, and her years spent in prison. Read More
The New York Times bestseller and Book Sense 76 pick is now in paperback. This is the book by Whitewater warrior Susan McDougal that created a media sensation, with author appearances on Today, The O’Reilly Factor, Larry King, Crossfire, FOX Morning News, and The CBS Early Show; and a controversial review in The New York Times that generated chat all over the Internet, and the newspaper’s own printed correction. Breaking her silence on the Whitewater affair and giving a moving portrait of what happens to women in American prisons, McDougal’s book is a must-read for Americans of all political stripes and for everyone concerned about wrongful conviction and imprisonment. Black-and-white photographs are included. Read Less

Goodreads reviews for The Woman Who Wouldn't Talk: Why I Refused to Testify Against the Clintons & What I Learned in Jail

The Woman Who Wouldn't Talk: Why I Refused to Testify Agains...

Design in liberal learning (The Jossey-Bass series in higher...