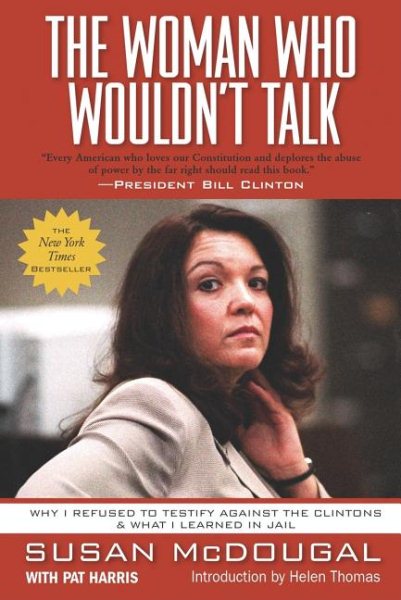 The author, who was imprisoned because she refused to testify in Kenneth Starr's Whitewater investigation, speaks out, offering a portrayal of the Clinton administration, Starr's investigation, and her years spent in prison. Read More
How a small-town Arkansas woman became a nationally known felon is one of the most fascinating and unexamined legacies of the Clinton presidency. Born to a U.S. Army sergeant and his Belgian bride, Susan Henley was one of seven children in a boisterous Arkansas family; in her teens, she made patriotic speeches at her local American Legion hall. In 1976, she married Jim McDougal, a mercurial entrepreneur, who soon turned their life into a rolling sideshow of bank acquisitions and real estate deals, including one fatefully dubbed Whitewater.In the mid 1990s, Susan McDougal unexpectedly found herself facing federal prosecutors who represented Independent Counsel Kenneth Starr. They offered her a deal - relief from legal jeopardy that included Whitewater charges in exchange for damaging information on Bill and Hillary Clinton.McDougal examines the life choices she has made. She also offers fresh anecdotes about the Clintons' early years in politics, a close-up view of Starr's sinister investigation, and a moving portrait of what happens to women in American prisons. Read Less

Goodreads reviews for The Woman Who Wouldn't Talk: Why I Refused to Testify Against the Clintons and What I Learned in Jail

The Woman Who Wouldn't Talk: Why I Refused to Testify Agains...