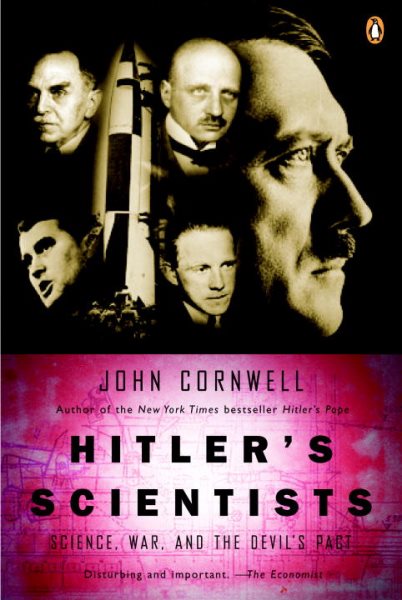 Describes how German scientists under Hitler knowingly broke international agreements in order to build deadly weapons prior to World War II, discussing German innovation and breakthroughs that paved the way to the discovery of atomic fission and how such innovations were tainted by Hitler's xenophobic ideologies. Reprint. Read More
An eye-opening account of the rise of science in Germany through to Hitler’s regime, and the frightening Nazi experiments that occurred during the ReichA shocking account of Nazi science, and a compelling look at the the dramatic rise of German science in the nineteenth century, its preeminence in the early twentieth, and the frightening developments that led to its collapse in 1945, this is the compelling story of German scientists under Hitler’s regime. Weaving the history of science and technology with the fortunes of war and the stories of men and women whose discoveries brought both benefits and destruction to the world, Hitler's Scientists raises questions that are still urgent today. As science becomes embroiled in new generations of weapons of mass destruction and the war against terrorism, as advances in biotechnology outstrip traditional ethics, this powerful account of Nazi science forms a crucial commentary on the ethical role of science. Read Less