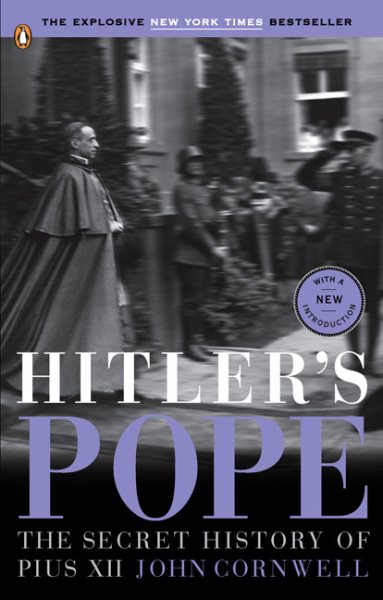 Draws on secret archives to present a record of the career of Pope Pius XII, showing his collaboration with the Nazis and his anti-Semitism, and discusses his continuing influence. Read More
The “explosive” (The New York Times) bestseller—now with a new introduction by the authorWhen Hitler’s Pope, the shocking story of Pope Pius XII that “redefined the history of the twentieth century” (The Washington Post ) was originally published, it sparked a firestorm of controversy both inside and outside the Catholic Church. Now, award-winning journalist John Cornwell has revisited this seminal work of history with a new introduction that both answers his critics and reaffirms his overall thesis that Pius XII, now scheduled to be canonized by the Vatican, weakened the Catholic Church with his endorsement of Hitler—and sealed the fate of the Jews in Europe. Read Less