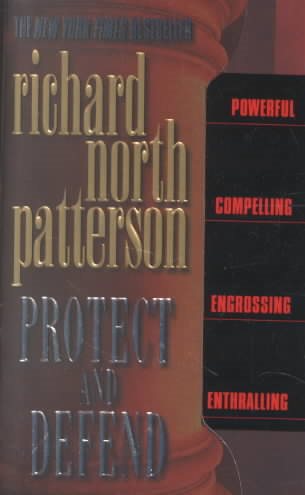 When the Chief Justice of the Supreme Court drops dead following the inauguration, President Kerry Kilcannon selects as a replacement Judge Caroline Masters, a woman who hides a secret that could affect her ruling on a controversial case. Read More
On a cold day in January President Kerry Kilcannon takes the oath of office-- and within days makes his first, most important move: appointing a new Chief Justice of the Supreme Court. Kilcannon's choice is a female judge with a brilliant record. And a secret. While the Senate spars over Caroline Masters' nomination, an inflammatory abortion rights case is making its way toward the judge--and will explode into the headlines. Suddenly, the most divisive issue in America turns the President's nomination into all-out war. And from Judge Masters to a conservative, war-hero senator facing a crisis of conscience and a fifteen-year-old girl battling for her future, no one will be safe. Protect and Defend takes us on a riveting journey between what is legal, what is right . . . and the price of finally knowing the difference. Read Less