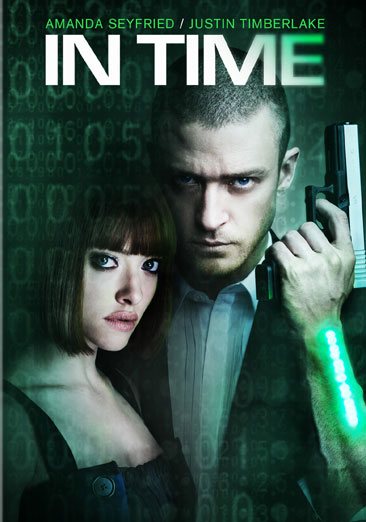 In the not-too-distant future, when only the wealthy can afford to age beyond twenty-six while others die to avoid overpopulation, a poor young man ends up on the run from the police when he can't explain how he acquired an extra 100 years. Read More
"Every second counts in this sexy, stylish action-thriller starring Justin Timberlake and Amanda Seyfried. In a future where time is literally money and aging stops at 25, the only way to stay alive is to earn, borrow, steal or inherit more time. But when a poor, working-class man (Timberlake) is falsely accused of murder, he teams up with a beautiful heiress (Seyfried) and must figure out a way to bring down the corrupt system before their dwindling life clocks run out!" Read Less

In the Heart of the Sea (DVD)