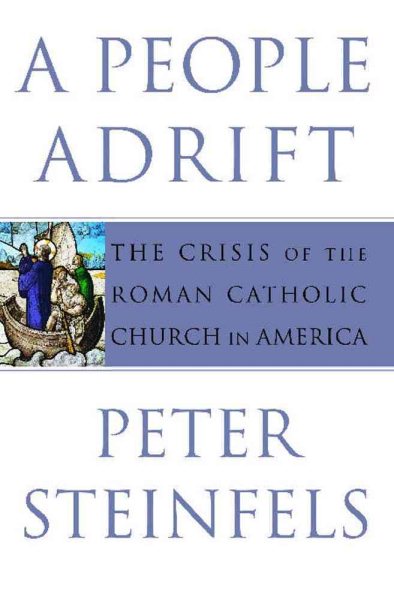 Predicts a significant decline in the Roman Catholic Church in the United States, examining its responses to important issues, noting twentieth-century changes, and making suggestions about how the faith should be redirected. Read More
In this widely acclaimed book that will long remain an indispensable work on American religion and the Catholic Church, one of its most influential laymen in the United States says that the Roman Catholic Church in America must either reform profoundly or lapse into irreversible decline. In addition to providing a spiritual identity for over 60 million Americans, the church is the nation's largest nongovernmental provider of education and social services, as well as the largest not-for-profit provider of health care. But even before the recent revelations about sex abuse by priests, American Catholicism was already heading for a major crisis, with its traditional leadership depleted by the decline in religious vocations and paralyzed by "theological gridlock." Catholicism in the United States confronts hard choices among contrasting visions for the future, choices with huge implications for American life. Analyzing these choices in ways that escape all the familiar labels of conservative or liberal, Steinfels points to the directions the church must take to survive. Read Less

Goodreads reviews for A People Adrift: The Crisis of the Roman Catholic Church in America

A People Adrift : The Crisis of the Roman Catholic Church in...

The Neoconservatives: The Men Who Are Changing America's Pol...