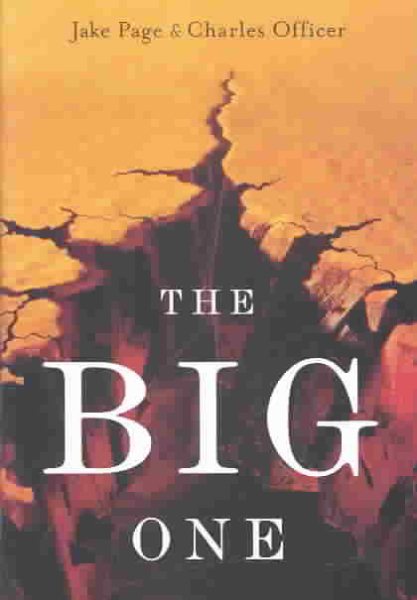 Investigates the series of massive earthquakes, centered in what is now Missouri and Arkansas, at the start of the 1800s that wreaked almost unimaginable destruction on the American frontier. Read More
In the early 1800s a series of gargantuan earth tremors seized the American frontier. Tremendous roars and flashes of eerie light accompanied huge spouts of water and gas. Six-foot-high waterfalls appeared in the Mississippi River, thousands of trees exploded, and some 1,500 people -- in what was then a sparsely populated wilderness -- were killed. A region the size of Texas, centered in Missouri and Arkansas, was rent apart, and the tremors reached as far as Montreal. Forget the 1906 earthquake -- this set of quakes constituted the Big One.The United States would face certain catastrophe if such quakes occurred again. Could they? The answer lies in seismology, a science that is still coming to grips with the Big One.Jake Page and Charles Officer rely on compelling historical accounts and the latest scientific findings to tell a fascinating, long-forgotten story in which the naturalist John James Audubon, the Shawnee chief Tecumseh, scientists, and charlatans all play roles. Whether describing devastating earthquakes or a dire year in a young nation, The Big One offers astounding breadth and drama. Read Less

Goodreads reviews for The Big One: The Earthquake That Rocked Early America and Helped Create a Science

The First Americans: In Pursuit of Archaeology's Greatest My...

Tales of the Earth: Paroxysms and Perturbations of the Blue...