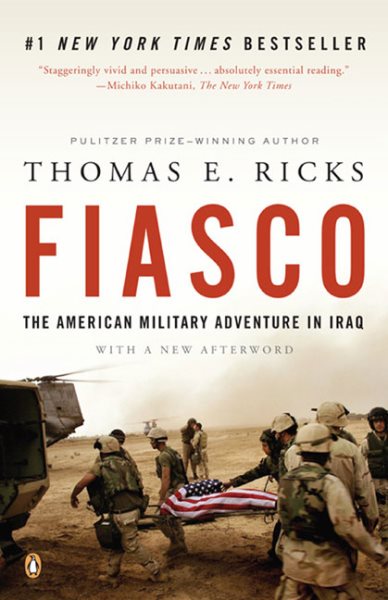 An assessment of America's role in the Iraq War as viewed from the perspectives of senior military officers argues that the guerrilla insurgency after the fall of Saddam Hussein was avoidable and that officers who spoke against the war did so at the cost of their careers. Read More
Finalist for the Pulitzer PrizeOne of the Washington Post Book World's 10 Best Books of the YearOne of Time's 10 Best Books of the YearUSA Today's Nonfiction Book of the YearA New York Times Notable BookThe definitive account of the American military's tragic experience in IraqFiasco is a masterful reckoning with the planning and execution of the American military invasion and occupation of Iraq through mid-2006, now with a postscript on recent developments. Ricks draws on the exclusive cooperation of an extraordinary number of American personnel, including more than one hundred senior officers, and access to more than 30,000 pages of official documents, many of them never before made public. Tragically, it is an undeniable account—explosive, shocking, and authoritative—of unsurpassed tactical success combined with unsurpassed strategic failure that indicts some of America's most powerful and honored civilian and military leaders. Read Less

Goodreads reviews for Fiasco: The American Military Adventure in Iraq, 2003 to 2005

Fire and Ice: A Novel (Buchanan-Renard)