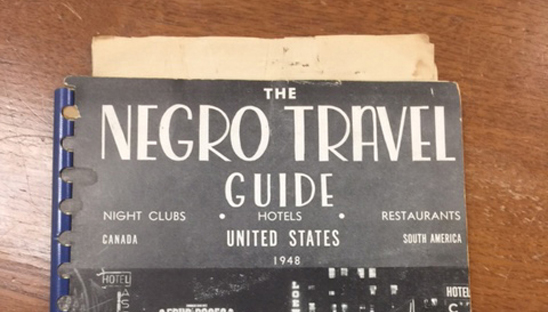 It was as much a horror story as a house call. It was about 2008. A widow had called. She needed her husband’s “bookstore” cleared out by the “end of the month”—three days from now. (How many times have we been called at the last minute by procrastinators? Plenty…and I completely understand and sympathize…sometimes we can drop everything and do it. Sometimes we can’t.)

The final location of Pryor Editions was located in the belowground lower level of a decrepit strip center on the border of Montgomery and Prince George’s Counties in Maryland. I’d never heard of him or the business. I got the feeling he’d had a store or booths in antique malls before retreating into this dismal building. And then, he passed away leaving this dubious legacy.

The space above Pryor was a pizza joint I would never have entered to eat—or even use the restroom. When the widow unlocked and raised the garage door of the space, I gasped internally. It was an ugly black cavern. Parts of the ceiling and chunks of dirty-yellow insulation dangled many places. Piles and stacks, collapses and sprawls of worn, dirty books were all over a few tables and a desk as well as the floor. Whatever was beyond this front layer was invisible in the darkness. The floor? I suppose there was one—there had to be—but it was covered with books, papers, trash, boxes, and yucky, scary “stuff.” Most booksellers would have said “Thanks, but no thanks” then turned and left. But we were there with two vans and three guys plus me. We’d invested the time and fuel to get there. How long and how hard could it possibly be to remove the books?

His handmade business sign dangled from the ceiling at an odd angle.

Plus the widow was there with her toddler grandchild, looking a little forlorn. It was likely a case of Wonder Book paying her a little or her paying junk men a lot to clear it all out.

Plus…plus…there was that tingling instinct thing was titillating me as it has so often in my book career.

Jonathan Gash wrote a series of cozy mysteries with a quirky, antique dealer as his protagonist. Lovejoy. That character had a bit of “Divvie” (Google: divvie Jonathan Gash) in him. If memory serves, in one instance he “divined” that a book in an unopened package sent to him was “bad” and returned it…unopened. (Was it a Milton first with a switched title page?) I dunno. These posts are “memories” and memory is never is never perfect.

“Please. Take everything you can.”

I made a deal and we began packing. Likely I could have asked her to pay us. It was that awful. But I’ve removed books from worse venues.

There had been leaks. Lots of leaks. Some books were fused to the floor. Some stacks were fused together into solid masses. I envisioned many or most of the boxes contained moldy tomes.

An ongoing buying philosophy for Wonder Book has been to “take everything and sort it out back home.” Why? I found early on—on return visits—how many great things I’d missed when I did the pick-and-choose buying so many other booksellers use.

We were dusty, dirty booksellers at the end of that day. We did the widow a favor and removed much of the “trash” as well.

Plus, Pryor had left some odd junk, and we were told to take that as well. Some is still stuck here—a decade later. Violins, a fencing helmet, a flute, a painted Native American on an Elk scapula, cheap African touristy wood carvings, a Jim Beam poodle bottle with a note attached “Do Not Remove Head”… Fun, oddball, non-book stuff we sometimes take when the situation warrants. That stuff is still here waiting for me to decide what to do with it.

Back at the Wonder Book warehouse, the sorting was tasked out. People here are trained to go through raw collections separate the trash from the common and the special from the common. Sure enough, some books appeared on a cart with my name on it: books distilled to my level to decide what to do with them. There was a small run of books signed by Supreme Court Justices Harlan I & II. Some checks signed by George McClellan slipped out of one book. These few good things that stand out in my memory from a risky buy. The sorters here would tell you it was a train wreck of a buy. A wasted day for four guys. And hours and hours of triage with most books beyond salvage being tossed into the recycling gaylords.

I did notice this book on a cart and I felt compelled to pick it up for closer inspection.

I did some quick research online looking for “comps” (comparables) to see what others were selling it for. Was it a $40 book or $400?

I perused the usual selling sites. Nothing. Odd…

I went to World Cat—a huge database of books in university and other great libraries around the world.

I double checked my spelling and did it all again.

Hmmm. That’s all the detective work I had time for that day so I stuck it in my office with all the other “problem” books. The stuff “I’ll get to one day.”

Sometime later…a year? Two? It came to hand again and this time I looked inside. It was very cool. City after city. State after state. Listings of clubs and hotels and restaurants that would offer friendly service to African Americans in those dark days. Photos of Lena Horne, Cab Calloway, Billy Eckstine, Lovey Lane… Some photos of dining rooms and club interiors. Only a few ads. It is 80 pages and indexed.

I found some papers laid-in. There were two carbon copies of letters the printer had sent the author. The first in August 1949 asks the author/publisher John F. Cook Jr. to pick up and pay for copies they are holding in storage. A second in October 1949 is a little more pleading. It offers a discount if Mr. Cook would please come, pick up and pay “at the earliest possible opportunity.” Remember this is the 1948 edition.

There are also several in house documents from the printer detailing the costs of cutting and binding the order.

Amazingly, Gruver Bookbinding is still in business. “Over 100 years.” “The only industrial book sewing machine in the region.”

The facts seem to end there. Conjecture begins…

Am I missing something? Are there other copies out there somewhere my cursory research has not revealed?

Or may I fantasize…Mr. Cook had some misadventure and never returned for his books? Or perhaps had no money and could only ignore the printer’s pleas?

Was the printer left holding the bag (or the “book” as it were)? At some point, did the printer give up and destroy the copies in storage retaining only this file copy?

And then Mr. Pryor had come upon the book…somewhere?

And then, it had made it to my attention amongst the thousands of other books in that hoard.

Is this indeed the only extant copy of the 1948 Annual [and only] Negro Travel Guide?

If I’m wrong and there are more out there, well, I’m a bit embarrassed. But, all in all, ’tis better to have dreamed and been disillusioned than never to have dreamt at all.

What’ll I do with it? Well, I’m sort of attached to it. It has become part of the fabric here. But it is in a safe place now. And, when the time comes…I know it will go someplace even better.

When I was writing this blog, I asked a colleague, Michael Osborne, to double-check my searches. He is a scholarly bookseller and lives over in that direction. He remembered Pryor. A tall, gangly, African American bookseller who pioneered selling books in vending machines! Michael said Pryor was a fixture in the book scene east and north of D.C.

I still couldn’t find anything about him. But I was led down a rabbit hole about book vending machines. Amazing.

BUT the book is not listed in the current Library of Congress database. Is it lost? Did someone just omit adding it when the paper “catalog” went digital?

Is it lost in the vast stacks at the Library of Congress? Or did it wander? I’ve no time or desire to check. It might spoil the fun and fantasy…

So…maybe I have one of two extant copies. Or maybe…the sole survivor. 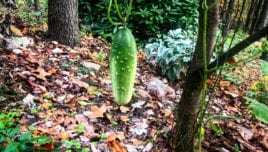 I've learned that I need to "One Touch" as often as possible. Each time I handle a book... END_OF_DOCUMENT_TOKEN_TO_BE_REPLACED