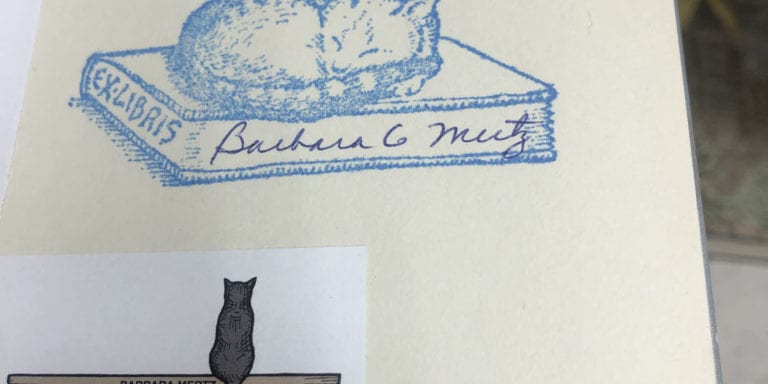 I’ll need to rush this. My editor is off Friday, and I am helpless without her.

Last Friday I finally surrendered and called the doctor about my knee. It had been hurting for a month, and each time it got a little better, then next day it would be excruciating. Limping markedly around the warehouse, I was feeling so old. The unexpected loss of one great friend and the sudden debilitating affliction of another great friend compounded my melancholy.

When I get sick, I am often the type that feels this will be permanent…or the “last” illness.

I thought I would be sent for X-rays or an MRI, but when I described the symptoms, he said:

“Let’s try Prednisone for a week.”

I got a text from the Walmart pharmacy (prescription drug life is so easy and automated now.) “You have 1 prescription ready.”

I rushed right over and took the first dose in the parking lot.

OH! The hostas were on clearance at 75% off, so I bought two dozen in hopes that I’d be able to garden again.

Saturday morning I awoke, and my leg was noticeably better. I dragged myself and Merry & Pippin down the mountain and to the warehouse and began working on carts of old books set aside for my inspection.

The book scout texted and said he was dropping off a large load of stuff soon. I brought the dogs in from the fenced in dockyard, so they wouldn’t be underfoot (or under Larry’s tires.)

When he backed to Dock #2, I went and pushed the button. The chain rattled, and the big metal door rose. His battered gray van with the windows painted gray was indeed full of stuff. 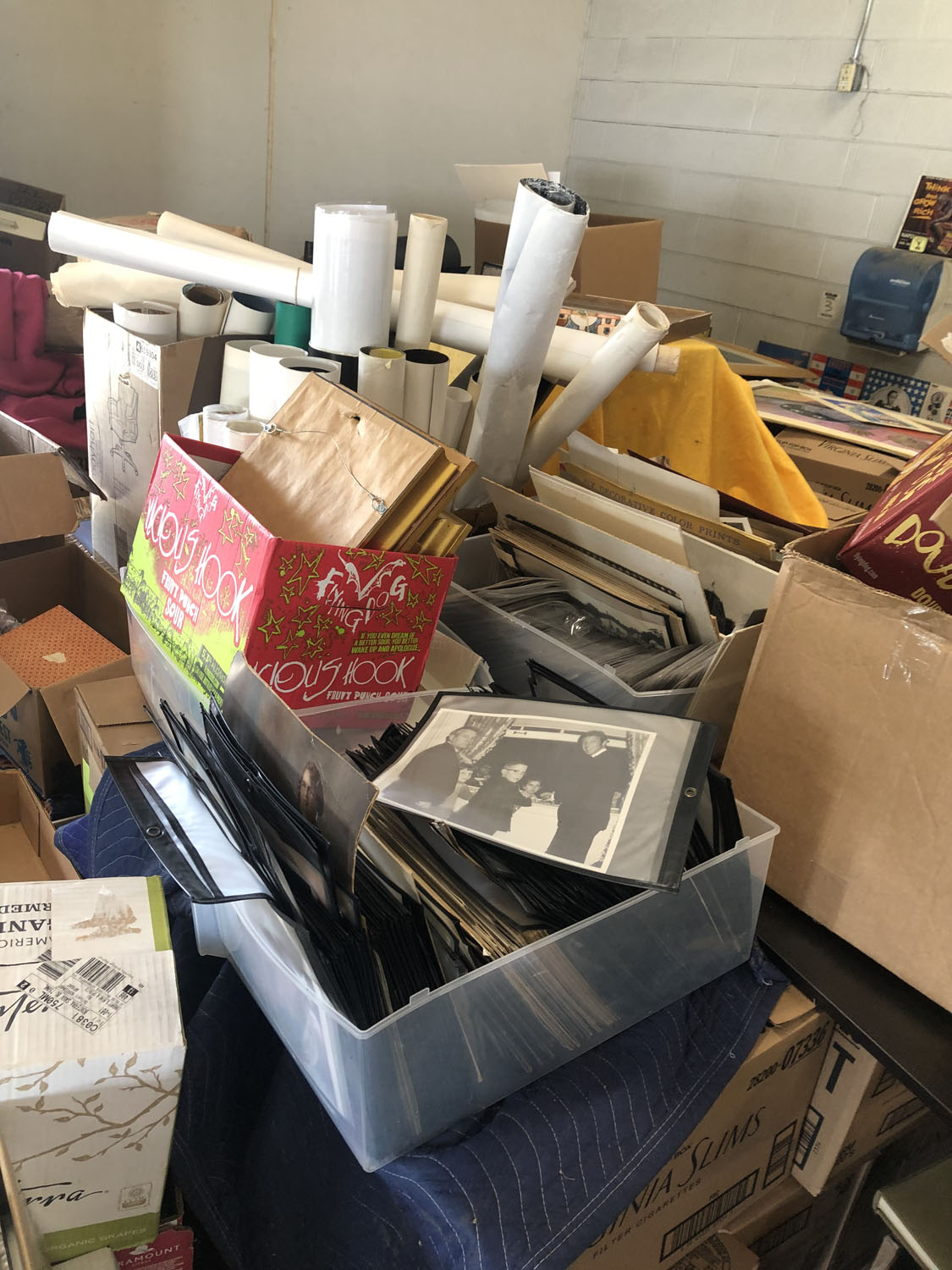 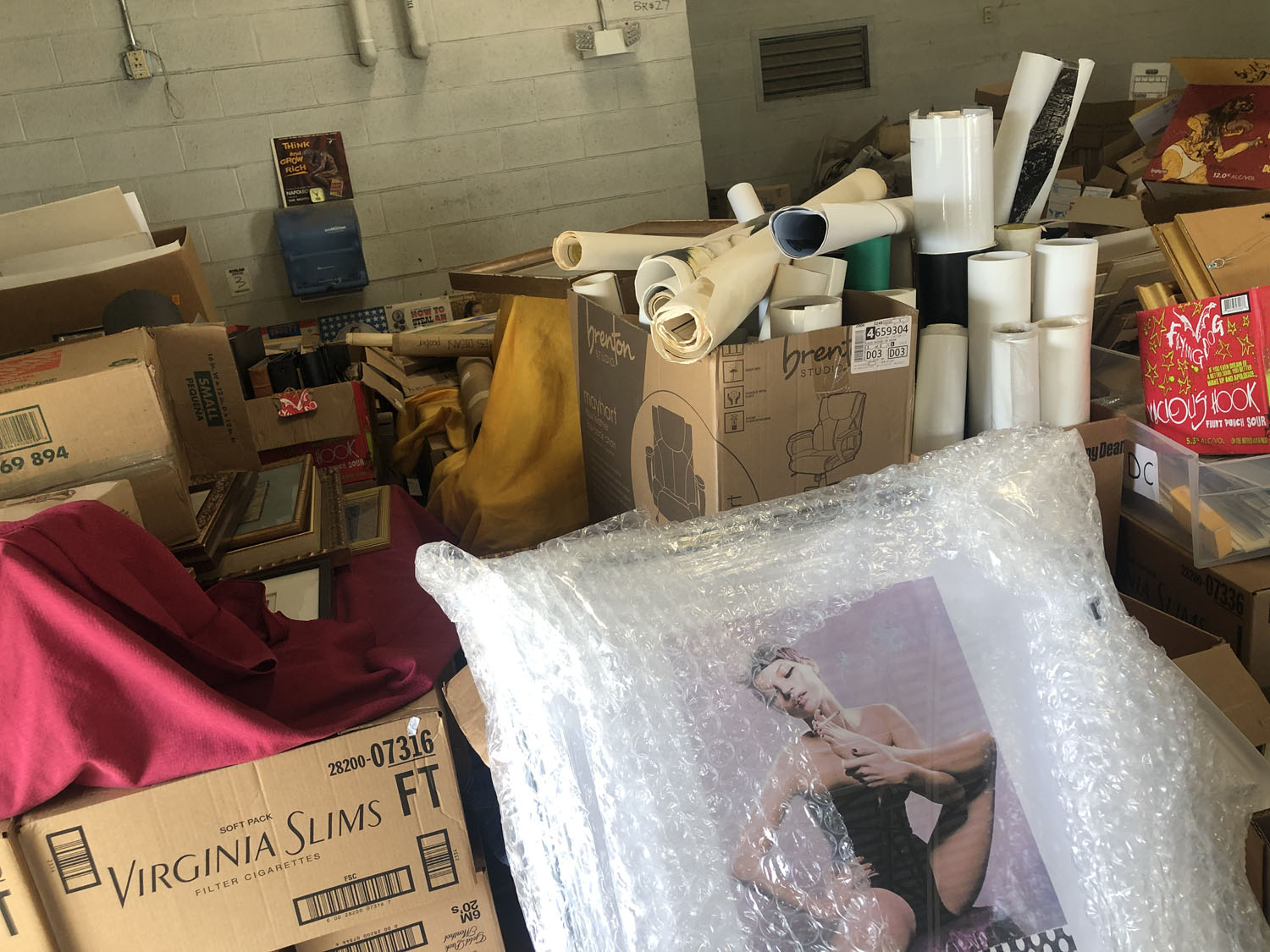 “What am I gonna do with all that?”

“You asked me to get you non-book stuff when I could.”

He held a small box with a half dozen bottles of booze.

It was a Proustian moment. The first time I’d had Campari was in Switzerland 20 years ago. I was with my family, driving around where the Fodor’s guide led us. We were 13,000 feet up atop the Jungfrau. We’d taken the train up the mountain through a tunnel in the Eiger and ended up on the snowcapped mountain. The two very young boys were romping in the snow. It was July. The view was endless for a few moments. Then a snowstorm came from nowhere, and strong winds had everything blowing horizontally. We took shelter in the ice caves. When we came out, it was sunny and mild again. There was a little bistro atop the mountain. Perhaps the table umbrellas advertised Campari. Perhaps it was a memory from movies where outdoor cafes in Rome and Paris often had Campari umbrellas sheltering the tables. I ordered a Campari, not knowing what I’d get. I was given a small odd shaped bottle with the metal crown partly pried off and a small glass. I sat and sipped the stuff at the top of the world. It was medicinal and sweet and memorable. I have Campari from time to time now. Often neat as an aperitif. Sometimes shaken in with gin to make a Martini Roma. Wherever and however I have it, part of me is atop the Alps. Earlier in the day, we had been at Reichenbach Falls, and I saw the spot where Holmes and Moriarty plunged from a cliff to certain death. Well, you know how that ended up. Arthur Conan Doyle was not permitted to kill his creation.

“Maybe I’ll give the opened ones away.”

My knee was feeling great. I was ready to run and jump and spin pirouettes—but I didn’t.

At the end of the day, I noticed a big box atop one of my unfinished carts. I’d set it there because it had come with an interesting collection from a doctor’s estate. I’d peered into it, and all I saw were a couple wineglasses wrapped in newspaper. I pulled the contents out and unwrapped them. Dull stuff. College awards and college journals and…yawn.

It was a large OLD plastic portfolio. Yellowed and cracking, I thought it might contain cheap prints of college scenes from the 1960s or something equally dreary.

I opened it hurriedly and was faced with facsimiles of titles pages from early printed books.

Worse than dreary. Poorly printed trash. Who would bother?

I was about to toss it out, but something made me look closer. It was the end of the day, and my eyes and hands and soul were all tired.

“Is that real paper?”

* = For more about leaves, read Breaking and Leaves of Gold

I was re-energized a bit and examined every page. There were 4 original leaves from early medical books crudely stapled to larger sheets of paper.

Turning the portfolio over, there was a newspaper article laid in. Undated, it appears to be from the 1960s or 70s. 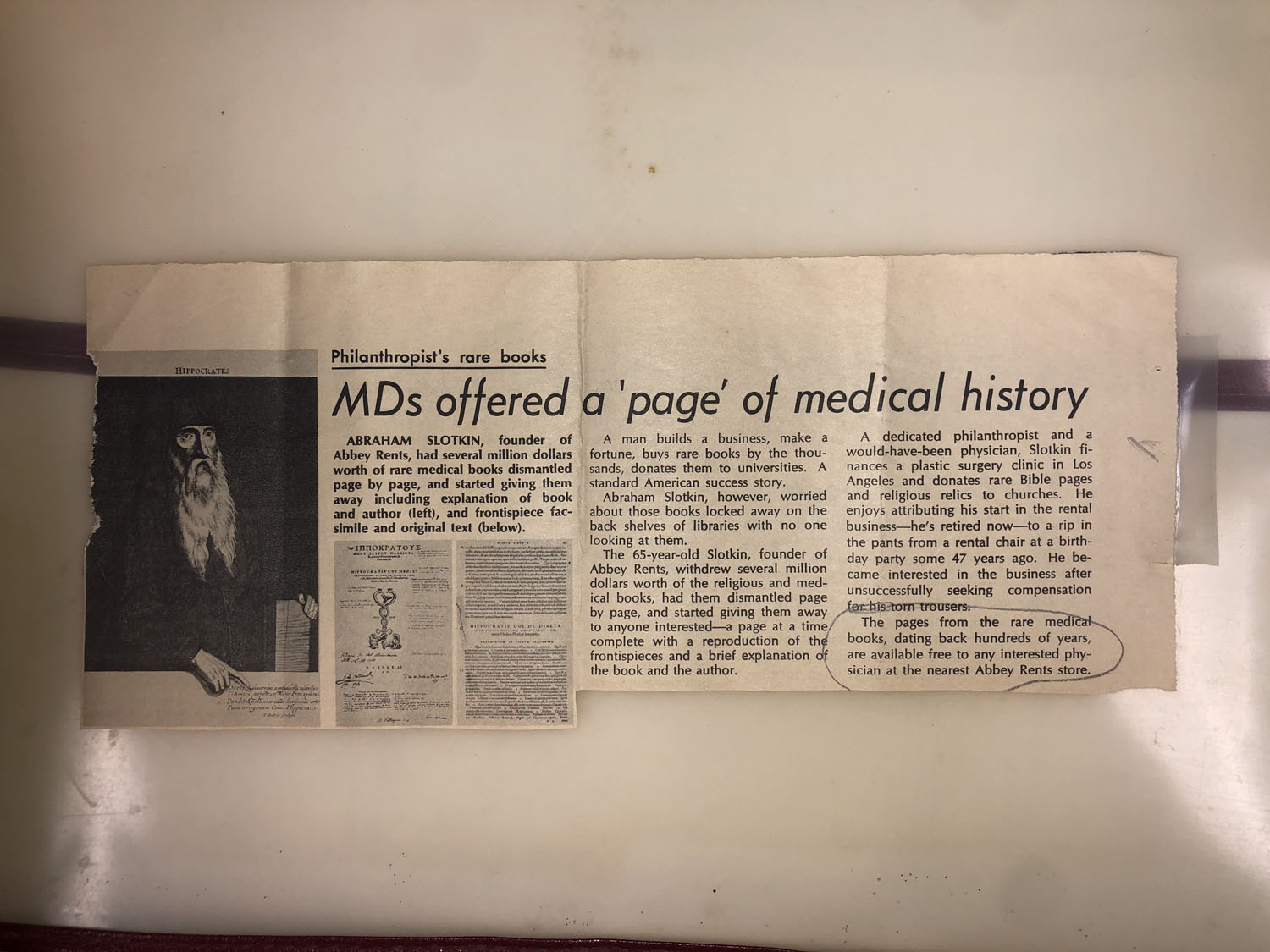 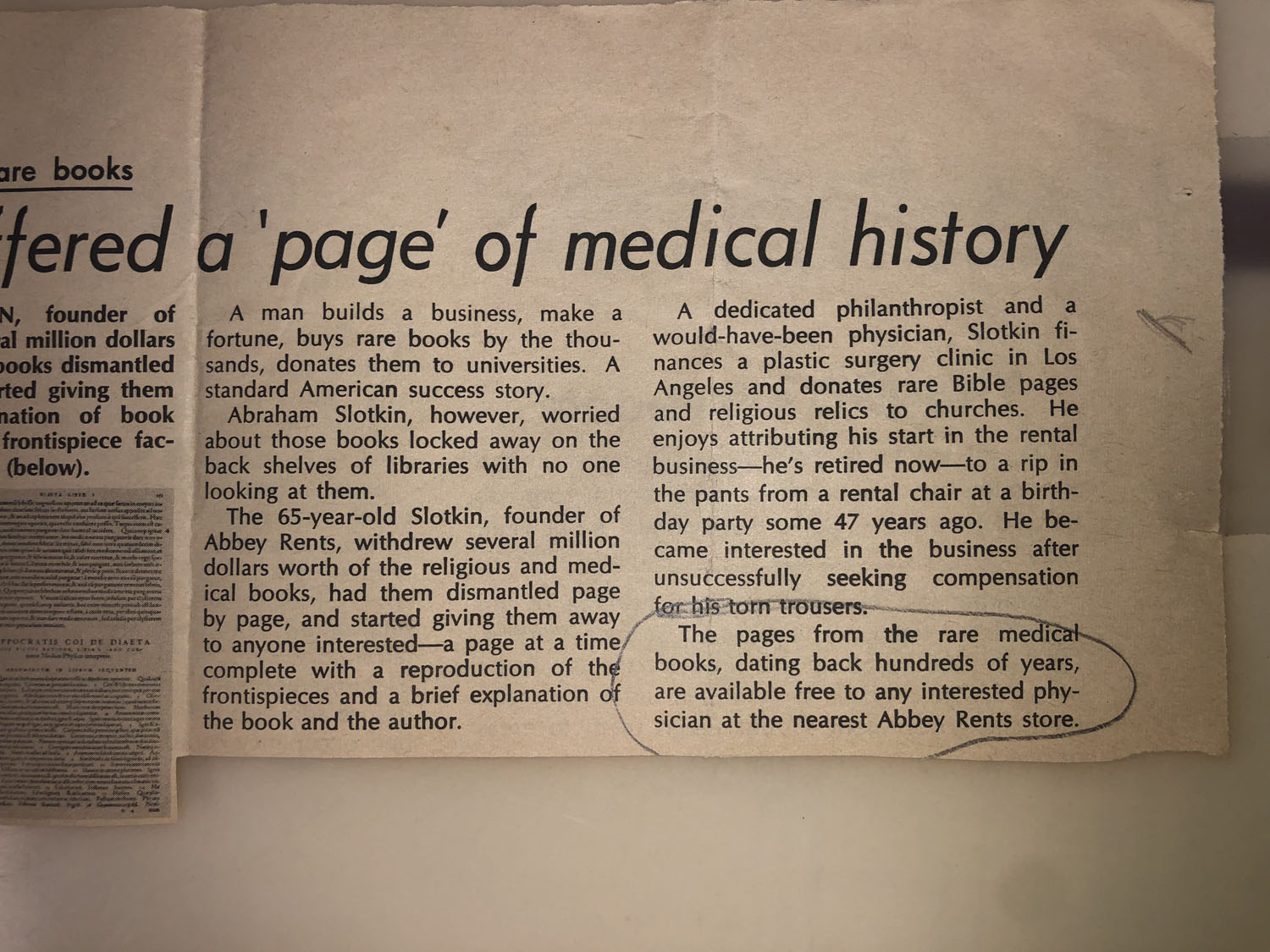 What a crazy story. An eccentric wealthy collector decided to cut up rare books so others could have pages from them? I haven’t done any research. Only hope Abraham Slotkin was using incomplete copies to make these leaf books to give away to physicians at his Abbey Rents stores.

Another Proustian moment. I worked for Abbey Rents when I was very young. Maybe it was a summer job. Maybe it was the interim when I suspended my college studies after my dad died suddenly, so I could take care of my ailing mother.

Anyway, Abbey Rents was a chain of medical equipment rental stores. I worked from the branch in Rockville, Maryland. Within days of starting, I was driving a box truck around the DC region, dropping off oxygen tanks and mechanical beds to peoples’ homes. I’d deliver nitrous oxide tanks to dentists. I would also pick up things from homes where the equipment was no longer needed—usually due to the death of the person who needed the stuff.

It was interesting for a while. I’d get to go into homes and apartments and experience how total strangers lived (and died.) Usually, there was a significant other present whom I would teach how to hook things up and turn the on and off and operate this machine or that.

There were all kinds of people. Resigned. Terrified. One very young widow-to-be wailed at me about why she had married the old guy in the other room and how this would ruin her life.

Some pickups were a bit gruesome.

“Be careful with that stuff. The old man was full of sepsis at the end…”

I decided the job wasn’t for me when I was manhandling a full oxygen tank up five flights of steps in an apartment building with no elevator. At one turn, the thing started rolling off the hand truck. I could envision the big green cylinder bounding down the steps and crashing into and perhaps through walls and…who knew…perhaps exploding. Somehow, I grappled the thing with both arms and legs, nearly riding it like Slim Pickens rode the nuclear bomb to oblivion in Dr. Strangelove.

I never knew Slotkin. I was just a kid driving one of his fleet of trucks for a very brief time. At this distant time, I have no idea why he destroyed “millions of dollars” worth of rare books.

Googling, I found no Abraham, but there was a Stanley. Imagine a newspaper getting a name so wrong. The media… Here you can look for yourself at one of his book collections: https://oac.cdlib.org/findaid/ark:/13030/c8kp83x2/entire_text/

And his Wikipedia page: https://en.wikipedia.org/wiki/Stanley_Slotkin

I now have one of Slotkin’s free leaf books. The leaves are from 1500, 1483, 1667 and 1515. I wonder what booksellers at the time thought of the quirky collector cutting up books to give ancient pages away. Today I think we’d all be horrified. Or at least I hope we would.

I have a leaf book collection. This may be the ugliest in it. It is certainly the most serendipitous.

What on earth were they thinking stapling the ancient leaves like that?!

I guess I can’t judge what took place in the past. I can only try to make sure it doesn’t happen again.

In the last story, I mentioned the new Collector’s Corner feature on our website.

It is still a work in progress.

We are slowly adding the D. Douglas Fratz Collection of beautiful modern sci-fi and fantasy.

We were brought a hoard of books donated by Robyn (Mrs. Charles) Krauthammer. They are mostly modern cookbooks!

And, finally, after all these years, we are beginning to add the books we removed from “Lothlorien” after my dear friend Barbara Mertz (a.k.a. Elizabeth Peters and Barbara Michaels) passed away there seven years ago. 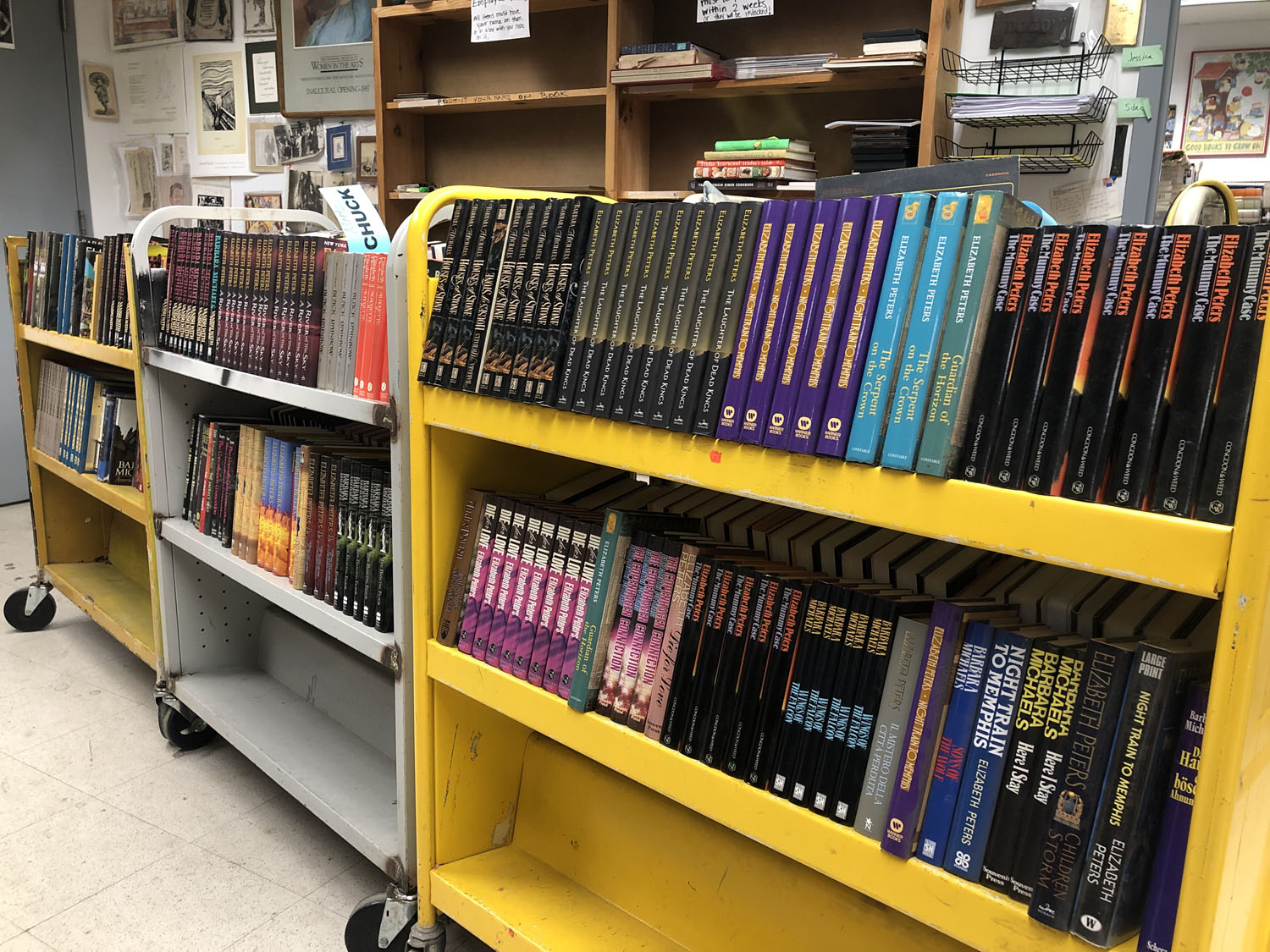 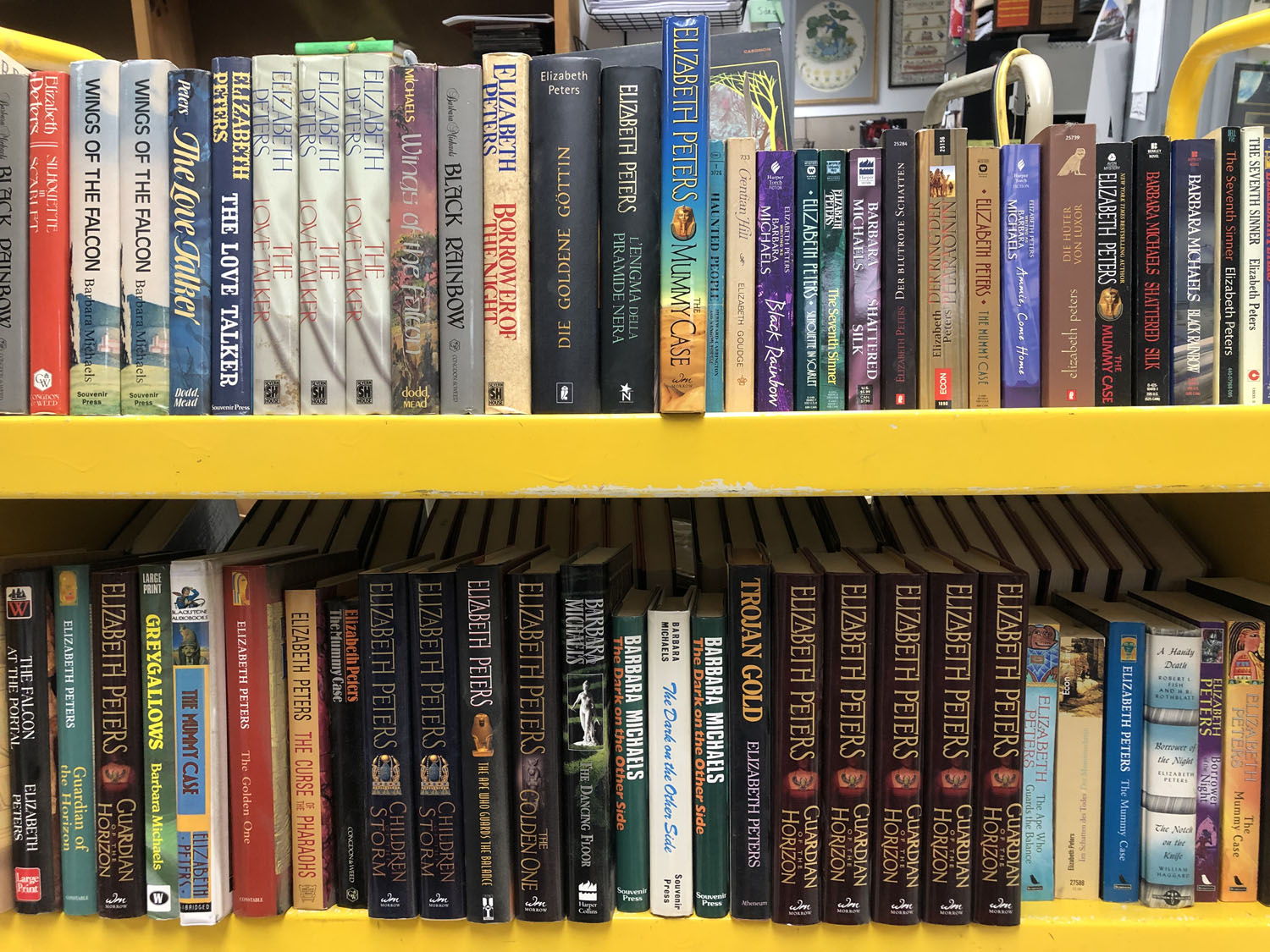 These were from her collection of review copies in her basement. She had a contract with her publishers that she was to be sent a number of copies of each new publication, including foreign editions.

Guess which of these is my favorite.

I’ve been cooking more and more at home.

I have been grilling the same thing almost every night this week.

The tomatoes I planted are finally starting to come in. They are very late! I could blame it on my poor gardening, but I think I’ll lay the blame at the feet of the early drought…and COVID…mustn’t forget the Plague. It excuses many poor behaviors.

My knee did feel well enough that I put in a walkway. It is in the little yard below my bedroom window. That’s where I stepped on the rattlesnake a few weeks ago. I had some surplus “tumbled Pennsylvania limestone pavers” built into a rock wall. They were unsightly, so I pulled them out (keeping an eye out for snakes.) There weren’t enough to create the forked path I wanted. I was fortunate that Irwin Stone still carries them. I bought about 1000 pounds worth. Of course that meant I needed more native stone to reload that wall. So I fired up the ATV and went down the mountain rock hunting. I guess I’m kind of Maryland Sisyphus. I just hope no disaster gets my rocks rolling back down. With my new paths I needn’t worry about stepping on snakes in the grass. I can lightly skip from stone to stone.

And here’s a sneak link to Round and Round #24 which won’t be sent out til next Wednesday: 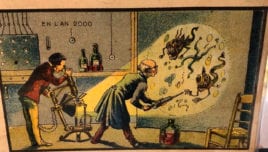 I wonder when this series of COVID era book stories will end? ... END_OF_DOCUMENT_TOKEN_TO_BE_REPLACED