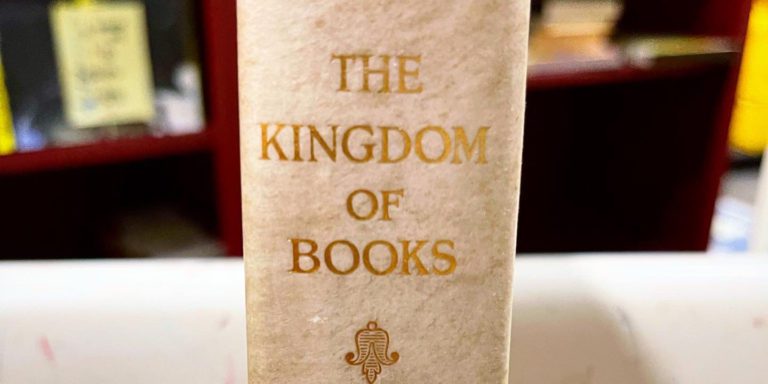 Sunrise is a bit off, but birds are singing in the dawn’s early light.

The heat wave has broken. This weekend will be in the low 80s. Next week in the 70s.

It has been in the 90s since I returned from Quebec 8 days ago.

Quebec was cool. And it was cool. I left Canada in the afternoon at 75 degrees. When I landed in Philadelphia, it was 96.

When I returned to work on Friday, it was chaos. Book chaos. That I can deal with. It actually makes me feel needed. Wanted. Relevant.

The weekend had me in the usual position—on a stool seated facing a cart laden with books. I pushed myself. I went through all that had come in the last week or so. I also did 4 or 5 “ancient” carts. Those carts were filled with problems. Books, paper, ephemera, prints, photo albums, scrapbooks, diaries and dust… lots of dust. I set a big floor fan perpendicular to me so any dust that rose would be blown away from my face and nose.

The English soccer season began last weekend! There are usually 3 games on each Saturday and Sunday. They are played from early morning to late afternoon Maryland time. It is 5 hours later across the pond. Having them streaming on my laptop in the background makes the time pass pleasurably. If the occasional bit of excitement occurs, I can pause my booking and watch the replay. I can root for my favorite teams and hope those I dislike have bad days.

By quitting time on Sunday, I’d made many boxes of books for the three stores. Tubs and carts of books to be researched. Cartloads to be added online at fixed prices determined by my lifelong experience of supply and demand. And carts of books whose only hope is to move to an incarnation as a decorative object in Books by the Foot. From there, they have a chance. They will go someplace as a “book.” Eventually, as do almost all books, they will move on to another place. Perhaps their new owner will embrace them as books other than book-shaped decorative objects.

I went through some of the great books my old friend had us come remove 2 weeks ago—the bookectomy. They had been put on carts stacked on their sides with spines out so I can review them faster. He is letting go of the Barbara* books I’d sourced for him so many years ago.

I would take one or two when I’d visit her and ask her to inscribe them to him. Bittersweet memories. But I understand. There comes a time when choices must be made.

I set those on Madeline’s desk. On Monday, I asked her to be sure to treat them with special attention.

That may have started the slippery slope of melancholy that was a leitmotif of the past week. Two years ago this week, my other best buddy dropped dead suddenly. It wasn’t COVID, but COVID prevented any visit or ceremony or closure…

There is still a hole in me from John Adams’ death.

COVID, though I still haven’t gotten sick from it, it has changed… everyone, it seems.

We discovered a stack of books a friend had given back to Wonder Book unbeknownst to me. Many had warm inscription from me in them—now cold, unwanted, meaningless. What happened? I laughed more during those times than I had with anyone ever, I think.

Another friend lost to the COVID era’s weirdness, which went far beyond the actual disease.

Now what to do with these books? Slightly embarrassing. And more aspirational than anything. Innocent. Silly. An unexpected visit from an old friend. It had been so much fun, and then… COVID.

Monday, Travis and I drove down to the Gaithersburg bookstore.

All the sections have been moved and filled.

Later, we went over the July sales figures. That store had its best month EVER! I took it over in 2008 when it was going to close.

COVID is part of it. While Montgomery County was shut down, we were able to expand and renovate.

And people. The booksellers there have been amazing—during and after COVID.

Now, my challenge is how to make it more perfect!

Tuesday, I had a dental appointment. I’d lost a filling just before Quebec. I still go to the same practice I’ve gone to… for decades. My dentist friend had a heart attack about 10 years ago and never returned to work. He still lives in the grand old house next door to the office. I visit him occasionally. My son will marry his stepdaughter in October. Strange how things work sometimes.

On the way there, I stopped at the Hagerstown bookstore. Over the last 4 months or so, we’ve done some major renovations. Most of the old fluorescents have been replaced by LEDs. Many old inefficient video displays were removed and were replaced with traditional bookcases. We added some giant glass display cases.

The place looks so much better.

The next phase is to rearrange the layout. Expand categories that deserve more space. Contract others.

I’ve done a lot of culling of old dead stock to make the moves easier. But I hadn’t looked closely at some of the areas I didn’t think needed my attention.

Oops. Misunderstanding. My fault. Now how can we move forward and be sure the communication is clearer?

Another project for my attention.

And the books that went awry? Water under the bridge. They’ll be found downstream—out in the stacks.

I often tell booksellers to be sure to scout the Hagerstown store. It doesn’t get the traffic the others do. Recently, I helped a customer in Gaithersburg.

“Do you have anything by Vonnegut?”

I led her to the V’s in Lit. Nothing. A day or so later, I checked Frederick. Nothing.

Hagerstown had a couple dozen…

From there, I headed to the dentist. I sat in the dental chair with my mouth agape and being probed. The window looked out on the yard I visited for decades. After X-rays, my dentist confided, “We can fix the molar, Chuck. It might get 6 months or two years. Or we can get it capped…”

I headed to the old house to get the final load of dead braches from the Bradford Pear that split. I’d planted that tree twenty-five years ago—or more. No one was there. I was hot and humid. I loaded up the pickup and was soon soaked through with sweat. It felt good. I tossed some bags of mulch on top of the branches so they wouldn’t blow off.

So much to do.

If it ever gets to it, my last words will likely be, “I’m not finished yet!”

Canst thou, O partial sleep, give thy repose
To the wet sea-boy in an hour so rude,
And in the calmest and most stillest night,
With all appliances and means to boot,
Deny it to a king? Then happy low, lie down!
Uneasy lies the head that wears a crown.

Can I just rest a while?

My neck is stiff and sore. My mind is fuzzy.

And so many things in motion.

How do real business people handle this many things at once? I guess it depends on how you are wired. And a lot of it is experience.

I couldn’t toss and spin pizza dough even if there was a gun to my head. Maybe with a lot of practice.

I don’t do “business” deals every day.

I do books every day.

I guess the best mogul or savviest attorney couldn’t toss books properly any more than I can toss pizza.

And then there are people. Maybe I will just leave the realm of people and live with books, firewood, gardens, dogs and cocktails.

It is Thursday afternoon. As always, my foolish mind focuses on the 1% of things that aren’t going right.

I so enjoyed Quebec last week.

My back is a lot better, but I’m still being tentative with it.

I did cut down a couple of non-native trees that I’d let grow too long on the driveway’s edge. 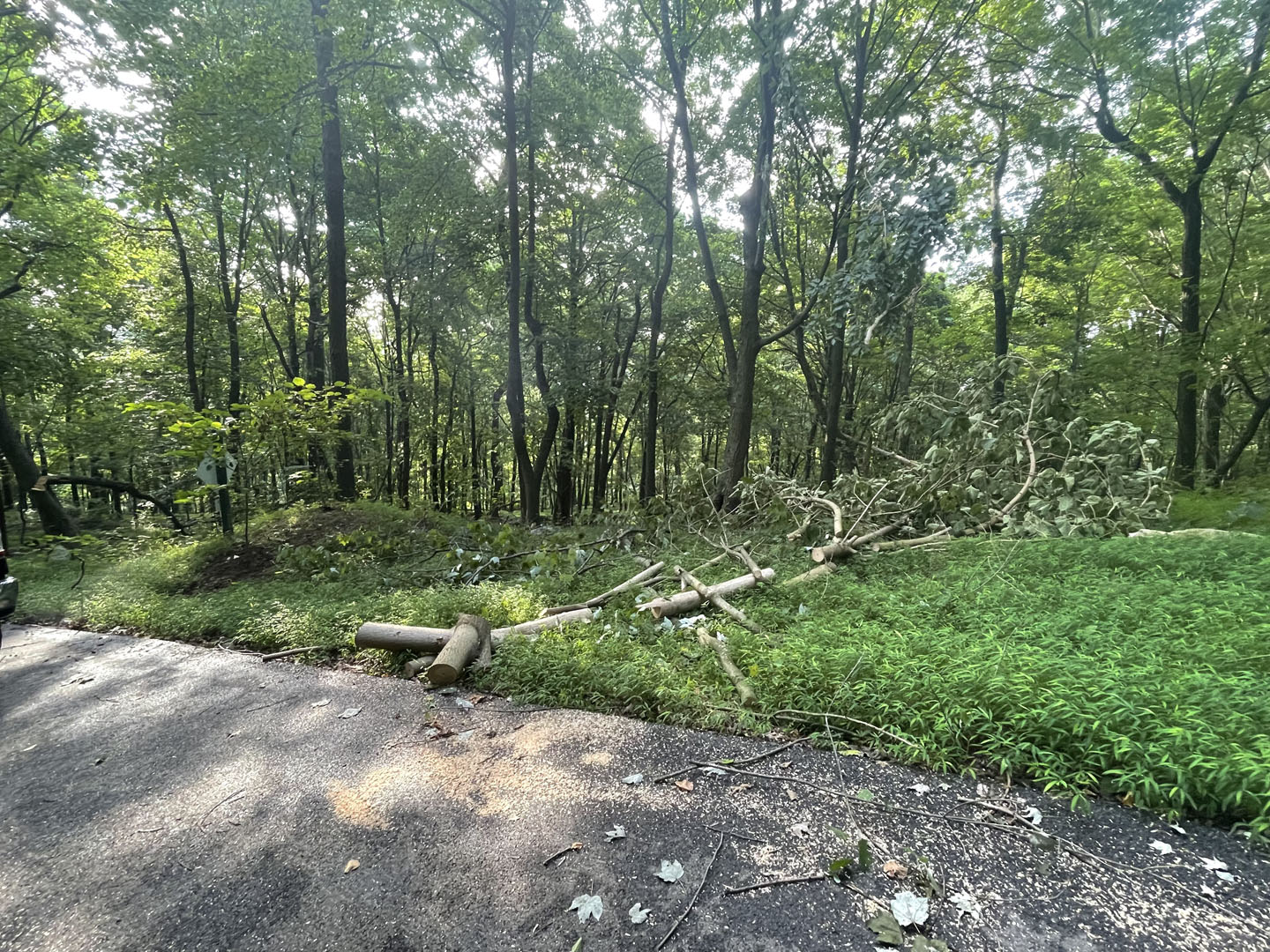 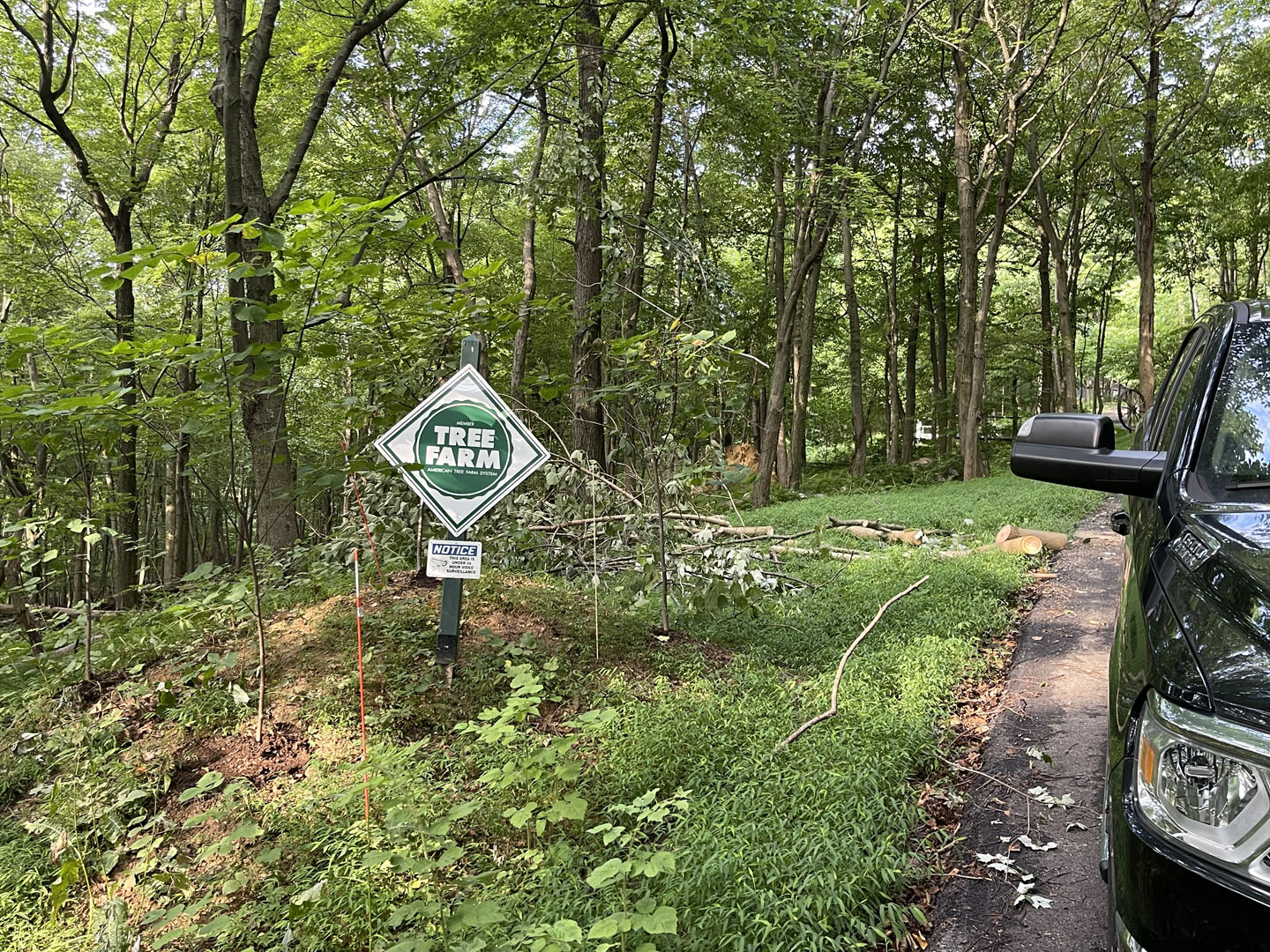 They were pretty big. What got me motivated was that they were overshadowing the little grove of redbuds I’d planted on the dirt mound most of the way down my drive. Their canopy allowed no light to get through. The saplings I’d bought and planted were suffering. I had to be careful how they fell lest the crush the fellows I am trying to save.

It turned out fine. And now I have even more firewood! I think I’m well into winter 2024 now. Maybe even further.

The voodoo lilies have self-propagated and are in their August bloom.

There are numerous nicknames for Lycoris squamigera—Surprise Lily, Magic Lily, and Resurrection Lily, Naked Lady, Pink Naked Lady… I’ve always called them Voodoo. Which is wrong. But I’m sure someone told me that’s what they were. These are interesting in that their green daffodil-like foliage comes out in the spring, but they flower on “naked” stalks in August. This is good as not much else is going on in August—flower-wise.

The tomatoes and peppers and cukes are coming in at the warehouse gardens. We will soon be putting a lot out for employees to take.

I’ve been taking some home this week and slicing them on top of defrosted pizza slices. It makes the sad old bachelor fare a lot juicier and spicier.

The construction of the new warehouses continues to amaze me. This was a scruffy vacant lot in an industrial park a month or so ago. Now it is a beautiful building site with huge mounds of dirt being graded and pushed around.

It will be interesting to actually having built something besides an ephemeral “book business.”

I did write another chapter of the Round & Round stories. It involves a silver waterfall. It is good escape work for me. I can actually control that world and its denizens. Chapter 38.

So, we go into the second week of August 2022. I’ll go back to the dentist soon and have the tooth I’ve lived with since I was a child abraded to a “nub.”

A fake tooth will be glued to the nub.

I wonder if I can start chewing on ice again?

I had to get a new laptop. My old Mac was full and had charging issues. I dug this thing off my desk to help in case anything needed updated from my handwritten hard copies.

My son dropped in to swap a van and pick up web orders for the Frederick store. He asked, “What is that?” in complete confusion.

After he left, I spun through the thing. So many old friends, customers, vendors, bookshops—mostly all gone—many dead.

I signed up to go to Greece in the spring. Another thing to check off the bucket list. I’m trying to go away each month—while I can.

The weekend will be the usual.

A scout brought in more of the vast gun book collection. There are now thousands of pamphlets and ephemera that we will need to do something with. Someday…

And a nice Robert Frost.

And a martial law edict by the Mayor of Philadelphia as well as the notorious Police Commissioner Frank Rizzo. They closed all the bars and taprooms! I wonder why? 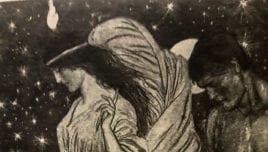 When he arrived, the property was completely altered. It appeared to be a sad abandoned old white clapboard cottage... END_OF_DOCUMENT_TOKEN_TO_BE_REPLACED