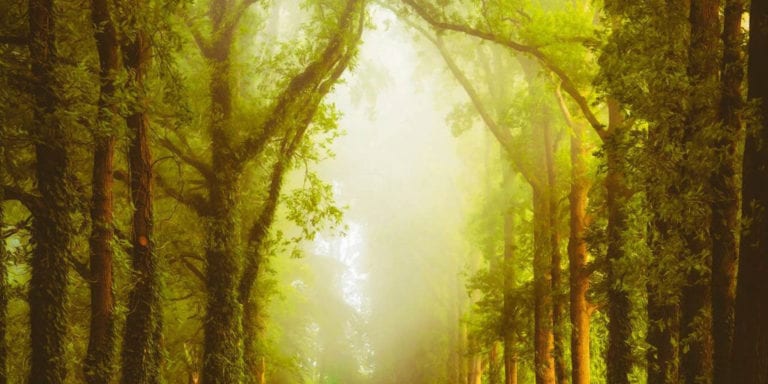 The bookseller drove home by way of Althea’s cottage.

His headlights shone upon it.

The once verdant grounds were dirt patches spotted with weedy patches.

He stopped and stared, bit his lower lip til it hurt and squeezed the steering wheel tightly.

He thought of a far off land where there was a herd of unicorns, a flock of winged cats and the last of the Snallygasters—although that creature appeared to be gravid with eggs when it flew off from the back of the bookshop.

His headlights bleached the faded white paint on the clapboards to bone white.

The sad old rocking chair moved to and fro, seemingly of its own volition.

He had indeed left the first edition of the H Rider Haggard’s novel on his desk at the bookstore after putting out food and saying goodnight to Mathilda.

He turned the steering to angle his way out of the cul-de-sac where Althea had lived.

The headlights flashed upon the mailbox atop the leaning post. A large hoot owl blinked at him with aquamarine eyes. Its eyes changed to gold, and it lifted itself into the air seemingly in slow motion and disappeared into the dark as the book van arced around to leave the place.

When he got to his house, he noticed there was a pale green light up on the mountain not far behind his house.

No one ever came by there. He lived at the “end of the road.” There were no trails nearby. It defined secluded.

He parked the van in the driveway. The light looked like pale green fire. He stepped to the porch and pulled on hiking boots. It wouldn’t do to walk into the woods at night in regular shoes. There were snakes and snags and sharp stones and stuff…

He headed around the house and then started up the slope. There was just enough ambient moonlight to see a few feet ahead. Beyond that there was forest blackness.

He stepped over fallen trees. He skirted around giant boulders. He swept spider webs from his face.

“Ugh! Why didn’t I grab a flashlight?”

He saw the light seemed to be emanating from where the Beech tree he had rescued some years ago dwelt. That is a long story that has been partially told elsewhere. Tree Song. He felt that was a magic tree. Indeed, it had on one occasion saved his life…by speaking to him. He had not thought of her for a long time.

Up, up the slope he climbed. The green light began to take shape. It was a flame about 8 feet high and 3 feet wide.

There seemed to be a form inside.

He began to get dizzy and started puffing. His feet struggled.

“Am I having a heart attack?!”

He was able to somewhat distinguish the form inside the flame. It was a human form, although its shape flowed a bit and followed the contours of the flickering flame surrounding it.

He was completely disoriented by the time he got to the pale great circle of light cast upon the ground.

He fell to his knees and then bent to the ground.

Then he was gone from any consciousness.

When he awoke, he was in his bed. He was still clothed. His knees were soiled, and there was some forest debris in his hair.

Dawn was breaking to the east.

He reached for his yellow legal pad and wrote what he could remember:

Once upon a time while walking in the woods
I came upon an angel
She was seated upon a large stump
I could tell she was an angel because she had wings
I greeted her, and after a pause I felt I should say more
“Is it true you can fly?”
I inquired, trying not to stare at the feathers fluttering upon her back
She slipped off the trunk and stood before me
Her feet were dangling six inches off the ground!
I must have looked astonished for she said
“Awww, that’s nothin’. Its only gravity.”
Amazed and dazed it took a moment to catch my breath
“And your wings—they work?”
She winked a wink so potent it knocked me back on my heels
In a flash she swirled, twisted, dove, rose and rolled amongst the little grove of tree trunks about us
Suddenly she came to a stop and alighting before me, our noses only inches apart
I looked down and her toes were pointed at my shins
Nearly a foot of air was between her feet and the Earth
“Wanna try?”
I nodded excitedly
She cupped her hand under my elbow and gave it a little lift
We rose up along the tree trunks and then through the leafy canopy
She paused, and my eyes explored the forest spreading for miles below
“Ready for more?”
“More?”
We were soaring headlong heedlessly above the treetops
“Let’s go!” she giggled
She tilted her head back and up, up, up we went
And all I could see were blue skies and white clouds above
I felt so free
I felt more alive than I’d ever felt before
Looking down I saw the whole forest and mountains, the river, the towns
and the Earth falling away
She aimed us toward a big fluffy white cloud and in we went!
It was whiteness—opaque whiteness
I was bathing in white light!
We twirled and swirled
We rose and dove
Then looped and swooped dizzyingly
“Higher?”
Up through the top of the cloud we burst and toward the skies above she took me
The world below got smaller and smaller
Concerned, I asked: “How high can we go?”
“You ain’t seen nothin’ yet!”
My Angel took me around the Moon
And then the Sun
“Now don’t you look right at it!”
Mercury, Venus…
A quick loop around the Blue Planet
Mars and all the planets beyond
“How far do you want to go?”
“Everywhere!”
In her arms I saw the stars
We passed through Constellations, naming each as we went
“Look behind you!”
The white twirling pinwheel of the Milky Way was receding fast
We toured the Universe, and I saw sights beyond imagination
The Great was small
The Small was great
Infinity was enormous
Infinity was microscopic
Infinity was comprehensible
And I understood life and love and how souls work
I closed my eyes, took a deep breath
When I exhaled and opened my eyes, we were back in the little Grove
She was seated upon the stump
A young lithe Silver Beech rose behind her
She had put her wings away
Her long black hair fell over her shoulders and down her breast
“Do you understand all I showed you now?”
“I do,” I said
She reached her left hand to me
I stretched out my right
And when our fingertips touched
I knew that now I could fly 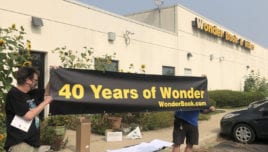 Two score years... In the summer of 1980, I took a leap of faith and opened a used bookstore... END_OF_DOCUMENT_TOKEN_TO_BE_REPLACED