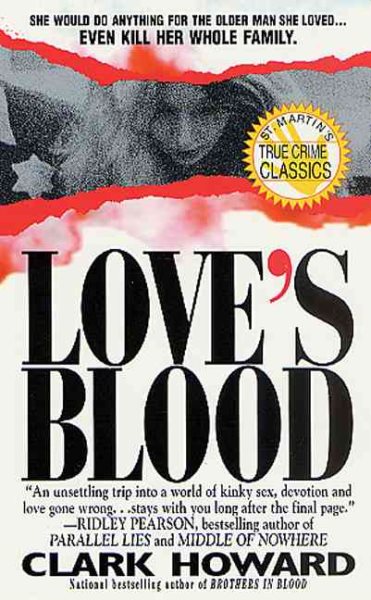 A portrait of a teenage girl convicted in the brutal slayings of her father, mother, and brother looks at the causes and aftermath of the crime Read More
When businessman Frank Columbo, his wife Mary and their 13-year-old son, Michael, were savagely murdered on their suburban Chicago home, one thought raced through everyone's mind...who would tell Patty? But Patty already knew.Led into an adult world of drugs and kinky sex parties by Frank DeLuca, a married man twice her age, the fifteen-year-old had become his sexual slave--desperately, blindly devoted to him. when her parents divorced their daughter's shocking secret life, her enraged father threatened to kill them both. But the lovers struck first, leaving a scene of appalling family carnage.rowing into womanhood in a maximum security prison, Patricia Ann Columbo has finally revealed to author Clark Howard what really happened that dark and fateful night. From their intimate conversations come a chilling, first-hand view of cold-blooded murder--and a twisted love gone horribly wrong. Read Less

Goodreads reviews for Love's Blood: The Shocking True Story of a Teenager Who Would Do Anything for the Older Man She Loved- Even Kill Her Whole Family