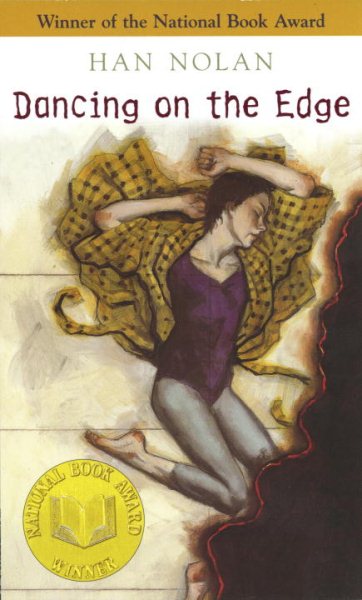 A young girl from a dysfunctional family creates for herself an alternative world which nearly results in her death but which ultimately leads her to reality. Read More
Miracle McCloy is the child of a talented dancer, who died in childbirth, and a brilliant, reclusive novelist. Raised by her grandmother Gigi, a psychic, Miracle becomes a dancer herself, and a loner who believes in mystical spirits and auras. Then her father disappears. When no one can give an explanation, or even a version of the truth, Miracle becomes obsessed with contacting him and bringing him back. As she loses herself in her quest, she loses her self? and, in a last, desperate attempt, sends her life up in flames. In the page-turning tradition of best-selling novels I Never Promised You a Rose Garden and The Bell Jar, Dancing on the Edge gives readers a story? and a heroine? they will never forget. "Nolan dives into the mind of an emotionally disturbed girl in an intense, exceptionally well-written novel?The shadows of truth, suffering, self-expression, and repression are examined without psychobabble in this sad, funny, and tender story."?Kirkus Reviews, pointer review"Nolan does a masterful job of drawing readers into the girl's mind and making them care deeply about her chances for the future." ?School Library Journal, starred review Read Less

Goodreads reviews for Dancing on the Edge