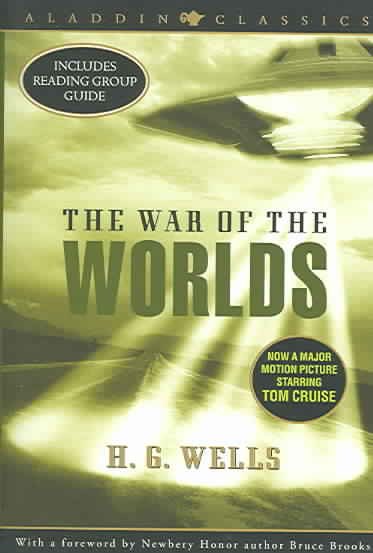 An English astronomer, in company with an artilleryman, a country curate, and others, struggle to survive the invasion of Earth by Martians in 1894. Read More
H.G. Well's 1898 science fiction classic, The War of the Worlds, tapped into society's fears about worldwide security and an impending war in Europe. However, it wasn't until forty years later that The War of the Worlds became infamous. On October 30, 1938, the United States was certain that it was under siege by vicious Martians. Thousands of people called the police, many ran from their homes in terror, and some even sought medical attention for shock and hysteria. Martians weren't really invading: Orson Welles, a famous actor, was performing a radio dramatization of The War of the Worlds that conviced listeners an invasion could happen anytime and anywhere. Read Less

Goodreads reviews for The War of the Worlds (Aladdin Classics)