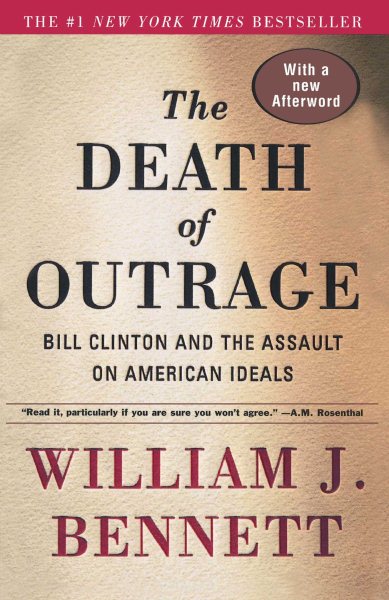 Explains why Americans should not excuse the President's improper behavior and the undermining of the moral leadership of his office Read More
In this new, updated edition of a book heralded as a clarion call to the nation's conscience, William Bennett asks why we see so little public outrage in the fade of the evidence of deep corruption within Bill Clinton's administration. The Death of Outrage examines the Monica Lewinsky scandal as it unfolded, from Clinton's denials that he had had sex with a young White House intern, to his testimony before the grand jury, to the nation's decision not to remove Clinton from office. Brick by brick, Bennett dismantles the wall of defenses offered by Clinton and his apologists, and casts the clear light of moral reason and common sense on a shameful chapter in American history. Read Less

Goodreads reviews for The Death of Outrage: Bill Clinton and the Assault on American Ideals

The Book Of Man