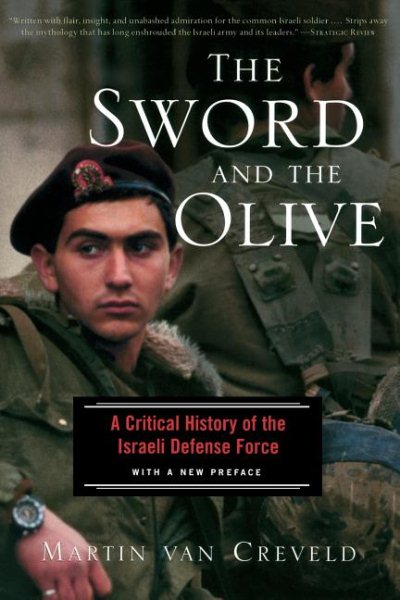 Presents a history of the Israeli Defense Force from 1905 to the present Read More
Combining razor-sharp analysis with dramatic narrative, vivid portraits of soldiers and commanders with illuminating discussions of battle tactics and covert actions, The Sword and the Olive traces the history of the IDF from its beginnings in Palestine to today. The book also goes beyond chronology to wrestle with the political and ethical struggles that have shaped the IDF and the country it serves—struggles that are manifesting themselves in the recent tragic escalation of the Palestinian-Israeli conflict. Often revisionist in attitude, surprising in many of its conclusions, this book casts new light on the struggle for peace in the Middle East. Read Less

Goodreads reviews for The Sword And The Olive: A Critical History Of The Israeli Defense Force

The Transformation of War: The Most Radical Reinterpretation...