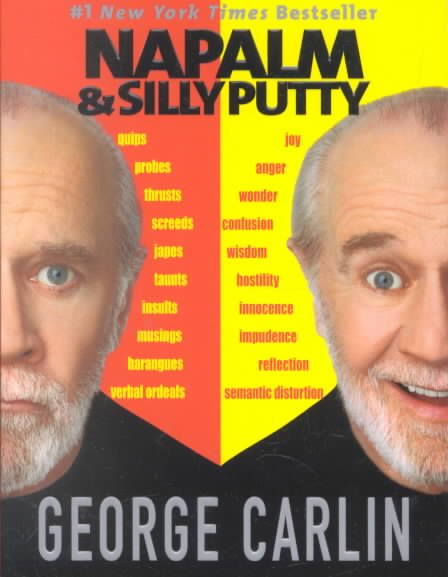 An assortment of musings, questions, and assertions from the author of Brain Droppings exposes the legendary comedian's take on the absurdities and annoyances of modern life. Reprint. 400,000 first printing. Read More
The #1 New York Times bestseller with more than 450,000 copies in print offers up a hilarious and "entertaining" [Chicago Sun-Times] collection of razor-sharp observations--now available in paperback! Spending more than 15 weeks on the New York Times bestseller list in hardcover, George Carlin, the thinking person's comic, has made it very clear how successful he is at the transition from stage to page. In Napalm & Silly Putty, Carlin's characteristically ironic and hilarious take on life shines through. He asks: How can it be a spy satellite if they announce on TV that it's a spy satellite? Why do they bother saying "raw sewage"? Do some people cook that stuff? In the expression "topsy-turvy," what exactly is meant by "turvy"? Read Less

A Place for My Stuff