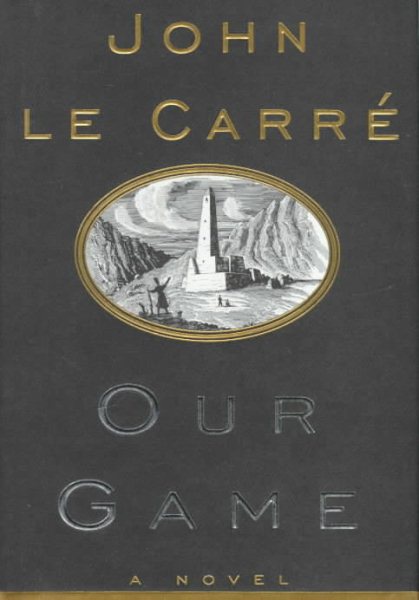 The complex and dangerous world of a British spymaster is revealed in a suspenseful tale of international espionage Read More
At Forty-Eight, Tim Cranmer is a secret servant in premature retirement to deepest rural England. His Cold War is fought and won, and he is free to devote himself to his stately manor house, his vineyard, and his beautiful young mistress, Emma.But no man can escape his past, and Tim's lives twenty miles away, in the chaotic person of Larry Pettifer: bored radical don, philanderer, and for twenty years Tim's mercurial double agent against the now vanquished Communist threat. Between the two stands an unresolved rivalry that dates all the way back to their shared boyhood at public school.As the story opens, Larry and Emma have disappeared. Have they run off together? Are they lovers? Has Larry lured Emma into some dark game she cannot understand? Setting off in pursuit of them, Tim discovers that he too is being pursued, by his former masters. The hunter becomes the hunted. Raiding his own past like a thief, he follows Larry and Emma into the minefield - physical and emotional - of their new allegiance.And as Tim advances across the moral wastes of post-Cold War Europe - the battered landscape of England after Thatcher, the lawless worlds of Moscow and Southern Russia - his dilemma deepens. Finding himself deprived of both past and future, a dispossessed loyalist, he must grapple with his own leftover humanity as the values he fought to preserve fall away, and the spectre of the reinvented Russian empire begins to haunt the ruins of the Soviet dream.Our Game is John le Carre at his incomparable best. Read Less

Goodreads reviews for Our Game