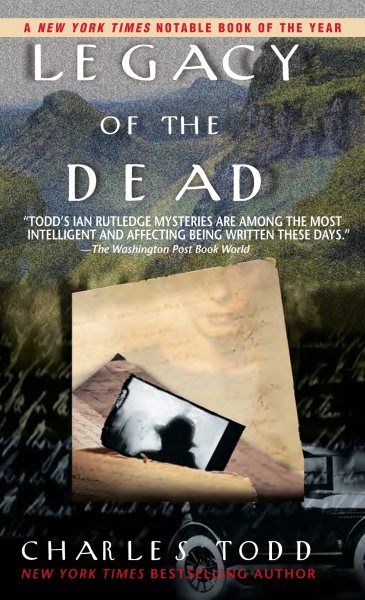 The carnage of World War I comes back to haunt Scotland Yard Inspector Ian Rutledge when he discovers that the woman who has become the prime suspect in the callous murder he is investigating is the grieving fiancTe of Hamish, a young Scot whom he was forced to execute unwillingly on the battlefield of the war. By the author of A Test of Wills. Reprint. Read More
The weathered remains found on a Scottish mountainside may be those of Eleanor Gray, but the imperious Lady Maude Gray, Eleanor's mother, will have to be handled delicately. This is not the only ground that Inspector Ian Rutledge of Scotland Yard must tread carefully, for the case will soon lead him to Scotland, where many of Rutledge's ghosts rest uneasily. But it is an unexpected encounter that will hold the most peril.For in Scotland Rutledge will find that the young mother accused of killing Eleanor Gray is a woman to whom he owes a terrible debt. And his harrowing journey to find the truth will lead him back through the fires of his past, into secrets that still have the power to kill. Read Less

Goodreads reviews for Legacy of the Dead (Inspector Ian Rutledge)

A Duty to the Dead (Bess Crawford Mysteries, 1)