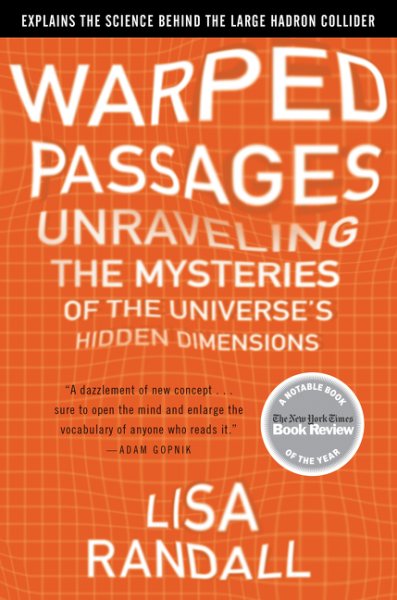 Discusses dimensions of space, early twentieth-century advances, the physics of elementary particles, string theory and branes, and proposals for extra-dimension universes. Read More
The universe has many secrets. It may hide additional dimensions of space other than the familier three we recognize. There might even be another universe adjacent to ours, invisible and unattainable . . . for now.Warped Passages is a brilliantly readable and altogether exhilarating journey that tracks the arc of discovery from early twentieth-century physics to the razor's edge of modern scientific theory. One of the world's leading theoretical physicists, Lisa Randall provides astonishing scientific possibilities that, until recently, were restricted to the realm of science fiction. Unraveling the twisted threads of the most current debates on relativity, quantum mechanics, and gravity, she explores some of the most fundamental questions posed by Nature&#8212taking us into the warped, hidden dimensions underpinning the universe we live in, demystifying the science of the myriad worlds that may exist just beyond our own. Read Less

Goodreads reviews for Warped Passages: Unraveling the Mysteries of the Universe's Hidden Dimensions

Dark Matter and the Dinosaurs: The Astounding Interconnected...

Knocking on Heaven's Door: How Physics and Scientific Thinki...