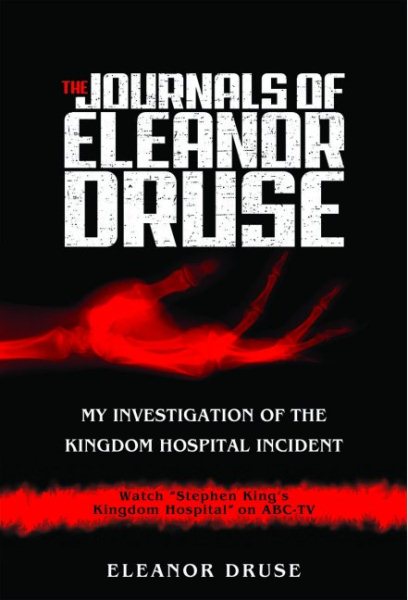 A spiritualist documents her fascination with Kingdom Hospital in Lewiston, Maine, a building constructed on the site of a textile mill which burned down in a tragic fire in 1869, and details the strange goings-on at the hospital. Read More
The fascinating and terrifying exploration into the supernatural that inspired Stephen King's much-anticipated ABC-TV series, Stephen King's Kingdom Hospital.The newly built Kingdom Hospital in Lewiston, Maine, is one of the most technologically advanced hospitals in the country. Unfortunately, it was erected on the site of a terrible tragedy -- a textile mill fire that killed dozens of workers, mostly children. And it appears that beneath the sheen of the new construction and scientific innovations of The Kingdom, an indecipherable and primal evil lurks -- and the soul of a trapped and helpless child cries out for solace. Read Less

Goodreads reviews for The Journals of Eleanor Druse: My Investigation of the Kingdom Hospital Incident