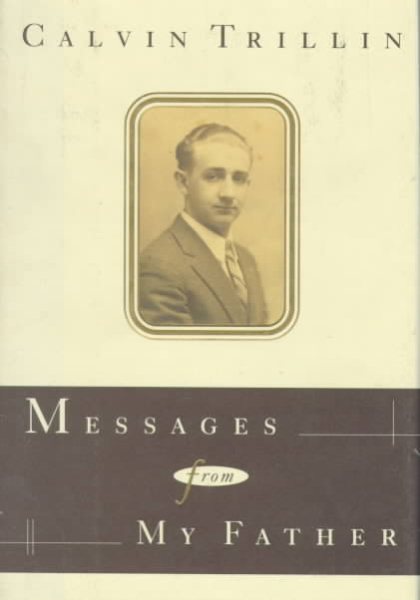 The author reflects on the life of his father, an immigrant grocer in Kansas City with a penchant for swearing off his pleasures and encouraging his son to be a real "mensch" Read More
"The man was stubborn," writes Calvin Trillin - the second most stubborn member of the Trillin family - to begin his fond, wry, and affecting memoir of his father. Abe Trillin had the western Missouri accent of someone who had grown up in St. Joseph and the dreams of America of someone who had been born is Russia. In Kansas City, he was a grocer, at least until he swore off the grocery business. He was given to swearing off things - coffee, tobacco, alcohol, all neckties that were not yellow in color. Presumably he had also sworn off swearing, although he was a collector of curses like "May you have an injury that is not covered by workman's compensation." Although he had a strong vision of the sort of person he wanted his son to be, his explicit advice about how to behave didn't go beyond an almost lackadaisical "You might as well be a mensch." Somehow, though, Abe Trillin's messages got through clearly. Fathers, sons, and admirers of Trillin's unerring sense of the American character will be entertained and touched by this quietly powerful memoir. Read Less

Goodreads reviews for Messages from My Father

Adventures in the Kitchen: 175 New Recipes from Spago, Chino...