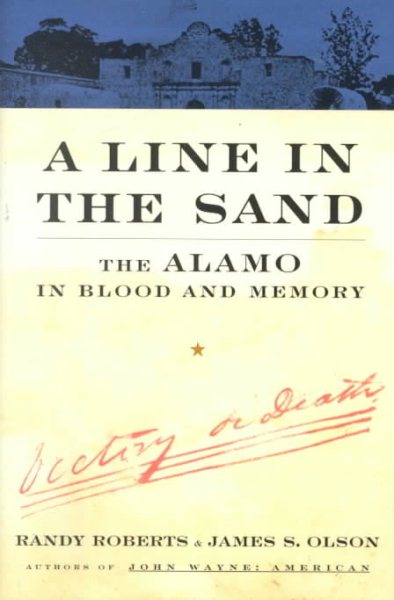 A re-creation of the 1836 battle of the Alamo debunks common myths about the conflict and its participants, draws on source material to present a full account of the battle, and examines the impact of the Alamo on American history and myth. Read More
In late February and early March of 1836, the Mexican Army under the command of General Antonio López de Santa Anna besieged a small force of Anglo and Tejano rebels at a mission known as the Alamo. The defenders of the Alamo were in an impossible situation. They knew very little of the events taking place outside the mission walls. They did not have much of an understanding of Santa Anna or of his government in Mexico City. They sent out contradictory messages, they received contradictory communications, they moved blindly and planned in the dark. And in the dark early morning of March 6, they died. In that brief, confusing, and deadly encounter, one of America's most potent symbols was born. The story of the last stand at the Alamo grew from a Texas rallying cry, to a national slogan, to a phenomenon of popular culture and presidential politics. Yet it has been a hotly contested symbol from the first. Questions remain about what really happened: Did William Travis really draw a line in the sand? Did Davy Crockett die fighting, surrounded by the bodies of two dozen of the enemy? And what of the participants' motives and purposes? Were the Texans justified in their rebellion? Were they sincere patriots making a last stand for freedom and liberty, or were they a ragtag collection of greedy men-on-the-make, washed-up politicians, and backwoods bullies, Americans bent on extending American slavery into a foreign land? The full story of the Alamo -- from the weeks and months that led up to the fateful encounter to the movies and speeches that continue to remember it today -- is a quintessential story of America's past and a fascinating window into our collective memory. In A Line in the Sand, acclaimed historians Randy Roberts and James Olson use a wealth of archival sources, including the diary of José Enrique de la Peña, along with important and little-used Mexican documents, to retell the story of the Alamo for a new generation of Americans. They explain what happened from the perspective of all parties, not just Anglo and Mexican soldiers, but also Tejano allies and bystanders. They delve anew into the mysteries of Crockett's final hours and Travis's famous rhetoric. Finally, they show how preservationists, television and movie producers, historians, and politicians have become the Alamo's major interpreters. Walt Disney, John Wayne, and scores of journalists and cultural critics have used the Alamo to contest the very meaning of America, and thereby helped us all to "remember the Alamo." Read Less

Goodreads reviews for A Line In The Sand: The Alamo in Blood and Memory

A Team for America: The Army-Navy Game That Rallied a Nation...