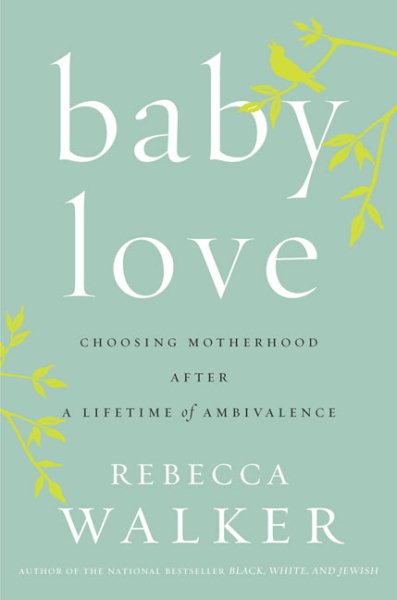 An award-winning writer describes how she avoided becoming pregnant for some fifteen years due to a variety of circumstances and the transforming journey that ensued when she eventually elected to become a mother. Read More
Rebecca Walker is a bestselling memoirist (Black, White, and Jewish) with a compelling voice and view of the world. With Baby Love, her about the decision to have a child after a lifetime of uncertainty, she has written not just a memoir of her own. pregnancy, but a book about motherhood for a new generation.Rebecca Walker is a member of a watershed generation of women, the first to take Roe v. Wade for granted, the first to believe that no profession or lifestyle was unattainable. But beneath the promise of "having it all" were mixed messages about motherhood: a woman risked being emotionally drained and intellectually stunted, losing herself in the process of caring for another. As Walker's entertaining and insightful memoir attests, these messages created a new kind of struggle for many young women, and the decision to have a child became fraught with ambivalence.For fifteen years Walker recognized a persistent yearning to have a baby, but consistently made choices that took her further and further from her goal. As a result, she almost missed what she now knows to be the single most meaningful experience of her life. In this very smart memoir of her pregnancy at age thirty-four and the decisions leading up to it, Walker explores some of the larger sociological trends of her generation, including the search for a suitable partner, bisexuality, advancing reproductive technology, and the arduous demands of creating an intact family when one is a child of divorce. Walker's story of her pregnancy is one not just of physical evolution, but also of the emotional and spiritual transformation from ambivalence to certainty to unconditional love. It's the story of the birth of her son, as well as the tale of an era - an insightful memoir by a writer who has proven herself to be an important voice. Read Less

Black, White & Jewish: Autobiography of a Shifting Self

Baby Love: Choosing Motherhood After a Lifetime of Ambivalen...