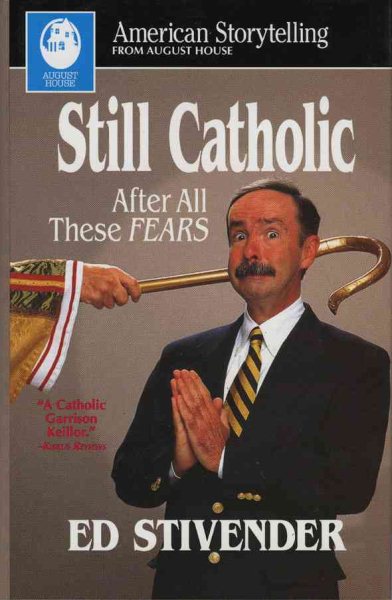 Follows the author's adolescent years at a 1950s Philadelphia Catholic school, during which a confrontation with a teacher resulted in an assignment to argue against the existence of God Read More
In his Apologetics class at Monsignor Bonner High School, Ed Stivender, designated clown, crossed Father McGinnis once too often. His punishment: a debate whose topic was The Existence of God. His assignment: the argument against it.What's a good Catholic to do when a task sets the two great directives of his upbringing - to affirm his faith, and to perform well in the classroom - in opposition? Young Edward's solution would foretell his future as a performing storyteller who recalls with affection the challenges of growing up Catholic.Stivender's first book, Raised Catholic (Can You Tell?), focused on his elementary years, set in Philadelphia in the 1950s, cocooned by institutions - the family, the church, manifest destiny - unchanged for decades, if not centuries.In his newest book, Edward enters adolescence, and his body is not the only thing changing. A Catholic is elected President, then killed. The reforms of Vatican II begin to seep into the Philadelphia Archdiocese. His father, a Navy man, is deployed most of the time. His mother takes a job. And in a cycle of twelve autobiographical stories, Stivender details with wit, humor and precision a faith journey through the obstacles these changes impose. Read Less