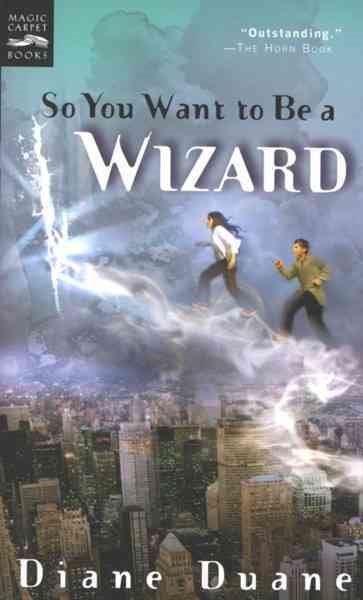 The first three novels in Diane Duane's Young Wizards series, now in digest size for younger readers! Read More
Something stopped Nita's hand as it ran along the bookshelf. She looked and found that one of the books had a loose thread at the top of its spine. It was one of those So You Want to Be a . . . books, a series on careers. So You Want to Be a Pilot, and a Scientist . . . a Writer. But his one said, So You Want to Be a Wizard.I don't belive this, Nina thought. She shut the book and stood there holding it in her hand, confused, amazed, suspicious--and delighted. If it was a joke, it was a great one. If it wasn't . . . ? Read Less

Goodreads reviews for So You Want to Be a Wizard

A Wizard Abroad: The Fourth Book in the Young Wizards Series