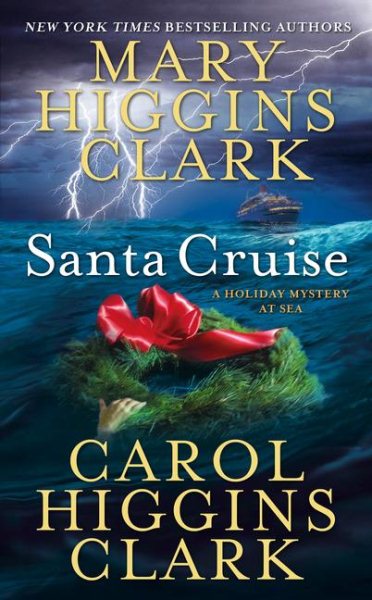 Embarking on a mystery seminar cruise during the holiday season, amateur sleuth Alvirah, private detective Regan, and their family members find their voyage overshadowed by a ghost spotting, disappearances, and an unexpected storm. Read More
Alvirah Meehan, lottery winner turned amateur sleuth, and private investigator Regan Reilly are guests, along with their spouses, on the "Santa Cruise." The cruise is a gift from Commodore Randolph Weed to a select group that "has made the world a better place." His largesse is prompted by the desire to create a buzz about his new cruise ship, the Royal Mermaid, as she sets out on her maiden voyage. Alvirah, Regan, and her new husband, Jack -- head of the NYPD Major Case Squad -- are joined as guests on the cruise by a mystery fan convention celebrating a "ghost of honor," as well as ten men who donated time playing Santa Claus, now hoping for a restful post-season. That tranquility vanishes when two Santa suits disappear from a locked room, a storm develops, and an attempt is made on a passenger's life. As the Royal Mermaid sails through troubled waters, Alvirah, Regan, and Jack uncover clues that lead them to dangerous criminals not on the original guest list.... Read Less

Goodreads reviews for Santa Cruise: A Holiday Mystery at Sea