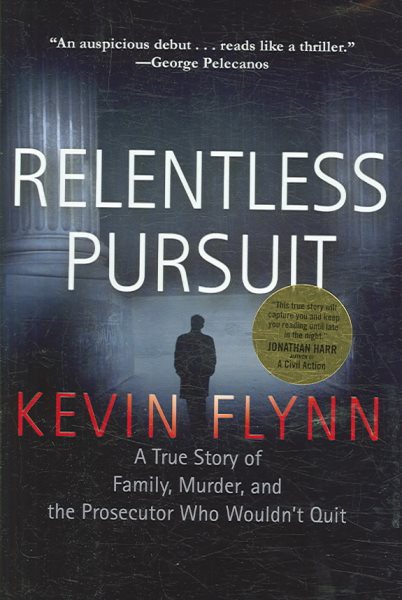 Follows the personal mission of a Washington, D.C., federal homicide prosecutor who dedicated himself to bringing justice and closure to the family of a brutally murdered mother and daughter, a case during which his own father passed away. Read More
As a federal homicide prosecutor, Kevin Flynn is a firsthand witness to the worst of human depravity, and to the devastating impact it can have on the survivors - the family and friends who remain behind. Over time, Flynn has coped by gradually walling himself off from the ache and hopelessness he sees on those survivors' faces, distancing himself from the knowledge that, so often, their coming to terms with loss hinges largely on his bringing the killer to justice.But that protective barrier was stripped away by Diane Hawkins and her thirteen-year-old daughter, Katrina. Diane, a single mother of six, was the undisputed magnet of a vibrant community of family and friends; at one time or another, her nieces and nephews, aunts and cousins had all called upon her, drawing on a seemingly limitless supply of compassion and optimism. All this was taken away when Diane and Katrina were murdered in their Washington, D.C. home on a warm May night.The police arrived, an investigation began, an arrest warrant was issued. A day later, one of the detectives showed up in Kevin Flynn's office and began describing the horrors of what he had seen. Flynn knew that he wanted the chance to prosecute Diane and Katrina's killer.Flynn interviewed police officers and forensic specialists, blood spatter experts and crime scene photographers - hardened veterans who would still remember the case in stark detail more than a decade later. He became closely involved with Diane and Katrina's family, a large, inner-city congregration of African-Americans whose faith seemed to provide true comfort and resolve.On the eve of the trial, Kevin Flynn's own life was thrown into turmoil when his father was diagnosed with inoperable lung cancer. As Flynn struggled to balance the demands of the case with his responsibilities as the only son of a dying parent, he found himself the beneficiary of the care and attention from this newfound community. The consideration and perspective of the friends and family of Diane and Katrina helped him through a difficult time. Moved by this kindness, his resolve to win a conviction grew stronger even as his father's health deteriorated.Relentless Pursuit is more than a moment-by-moment account of a prosecutor's life as seen through the lens of a single case: it is, above all, a story of healing and community, a story in which, in the end, the system works, and - for once - justice prevails. Read Less

Goodreads reviews for Relentless Pursuit: A True Story of Family, Murder, and the Prosecutor Who Wouldn't Quit

The Kid's Guide to Collecting Statehood Quarters and Other C...