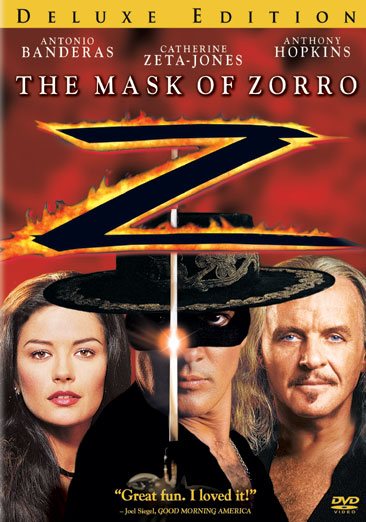 The elder Zorro comes out of retirement to train a new Zorro to fight the enemy Montero. Read More
After twenty years, the legendary Zorro (Hopkins) escapes from prison to avenge the murder of his wife and kidnapping of his daughter Elena (Zeta-Jones) at the hand of his enemy, Don Raphael Montero, but first he must transform a cocky young thief (Banderas) into the fearless hero and champion of the people he once was. With two Zorros on the scene, it's twice the adventure and twice the fun. Read Less

The Bounty/King Of The Sun