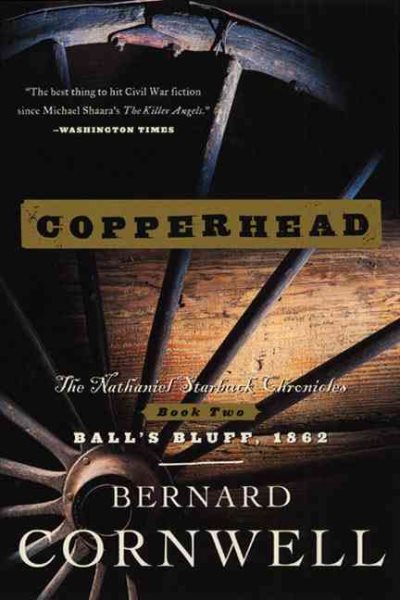 Accused of espionage and brutally interrogated, Confederate officer Nate Starbuck must find out who the real spy is, a job that requires a perilous odyssey through the Union lines during the heat of battle. Reprint. 15,000 first printing. Read More
The beloved Confederate Captain Nate Starbuck returns to the front lines of the Civil War in this second installment of Bernard Cornwell's acclaimed Nathaniel Starbuck Chronicles. It is the summer of 1862, and Nate has been bloodied but victorious at the battles of Ball's Bluff and Seven Pines. But he can't escape his Northern roots, and it is only a matter of time until he's accused of being a Yankee spy, pursued, and brutally interrogated. To clear his name, he must find the real traitor—a search that will require extraordinary courage, endurance, and a perilous odyssey through enemy territory. Read Less