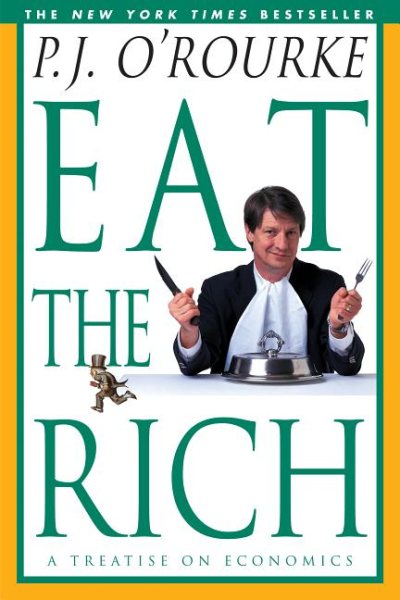 The political satirist traverses the world, exploring the power of money, ruminating on the world's varieties of capitalism and socialism, and offering his own primer on economics Read More
In P.J. O'Rourke's classic best-seller, Parliament of Whores, he attempted to explain the entire United States government. Now, in his most ambitious book since, he takes on an even broader subject, but one that is dear to us all - wealth. What is it? How do you get it? Or, as P.J. says, "Why do some places prosper and thrive, while others just suck?"The obvious starting point is Wall Street. P.J. takes the reader on a scary, hilarious, and enlightening visit to the New York Stock Exchange, explaining along the way stocks, bonds, debentures, commodities, derivatives - and why the floor of the exchange is America's last refuge for nonpsychotic litterers.P.J.'s conclusion in a nutshell: the free market is ugly and stupid, like going to the mall; the unfree market is just as ugly and just as stupid, except there's nothing in the mall and if you don't go there they shoot you. Read Less

Goodreads reviews for Eat the Rich: A Treatise on Economics