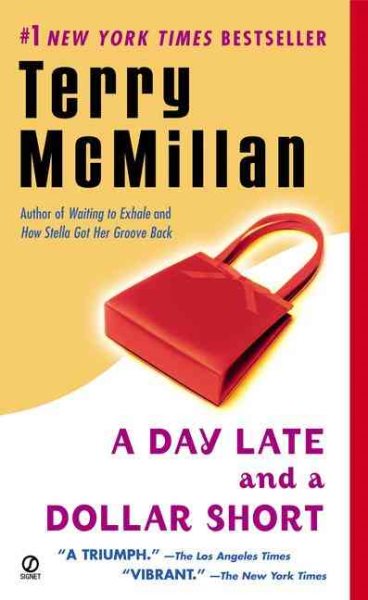 The Price family--Viola, the matriarch; her sometimes-husband Cecil; and their four adult children--sticks together through life's most trying circumstances. Read More
Las Vegas, 1994.The Prices are introduced by Viola, the family's outspoken matriarch: Her husband, Cecil, has shut the door behind him for the last time; and their four adult kids, scattered across the country, seem determined to send her to her grave, or at least to the hospital with worrying. Paris is divorced, mother to a nearly seventeen-year-old son and the one who always comes to everybody's rescue&#151;although she doesn't have a clue as to how to save herself. Lewis is the scapegoat, and his troubles keep landing him in jail, which only seems to confirm what his family thinks he is. Out in Chicago, Charlotte knows she's gotten the short end of the stick for years, has "nothing in common except blood" with her parents and siblings and would just as soon divorce them all. Janelle, the baby of the family, is not only on the defensive about the course of her own life but she's facing a new crisis, a fast-brewing storm with her teenage daughter that threatens more than she's willing to admit. And don't even ask Viola about Cecil: "He's a bad habit I've had for thirty-eight years which would make him my husband." But Cecil has some ideas for taking his hardworking life into his own hands, regardless of what his wife and kids think about it.With her hallmark exuberance and a cast of characters so sassy, resilient, and full of life that they breathe, dream, and shout right off the page, Terry McMillan has given us a tour-de-force novel of family, healing and redemption. A Day Late and a Dollar Short takes us deep into the hearts, minds, and souls of America&#151;and gives us six more friends we never want to leave. Read Less

Goodreads reviews for A Day Late and a Dollar Short

It's Not All Downhill From Here: A Novel