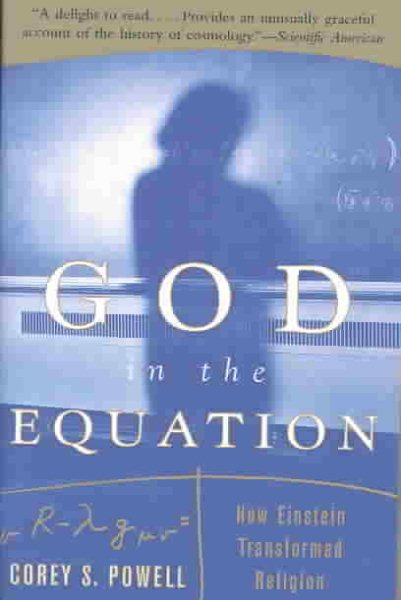 Identifies the impact of Einstein's theories of relativity on the history of religion, citing his self-rejected invention of Lambda to cite God's metaphysical role in the universe and considering such topics as dark energy and dark matter. Reprint. 17,500 first printing. Read More
He wanted to know where our world comes from and where it was going. He wanted to understand how the remote stillness of the heavens relates to the erratic, ever-changing events here on earth. Above all, he wanted to know if the answers to these questions would bring him closer to a higher authority. So Einstein put God in the Equation "Everyone who is seriously involved in the pursuit of science," Albert Einstein once said, "becomes convinced that a spirit is manifest in the laws of the universe -- a spirit vastly superior to that of man." This mysterious component, which Einstein called a "cosmological constant," would eventually work its way into his world-shattering theory of relativity. In this way, explains acclaimed science writer Corey S. Powell, Einstein was creating a formula for a new kind of "sci/religion," one in which God was a factor, denoted by the Greek letter Lambda, and one that would pave the way for an entirely new gnostic era in the history of human spirituality. Read Less

Goodreads reviews for God in the Equation : How Einstein Transformed Religion

God in the Equation : How Einstein Became the Prophet of the...

The Astonishing Power of Emotions