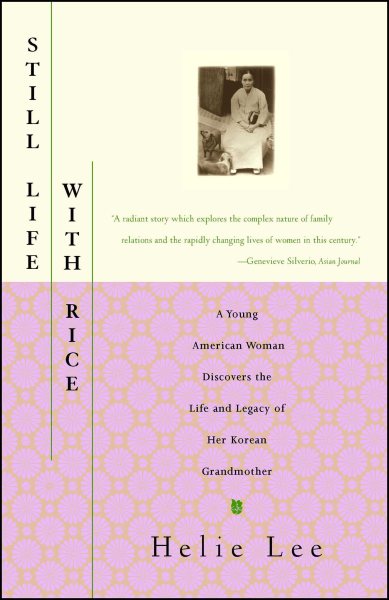 As told by her granddaughter, the biography of a Korean woman born in 1912 into a socially repressive, male-dominated society, describes her struggles to overcome the pains of war, loss, and discrimination Read More
“A captivating memoir of a courageous survivor” (Publishers Weekly) and “a window onto the panorama of modern Korean history” (St. Petersburg Times) this is a radiant and engaging story about a young American woman’s discovery about the life of her Korean grandmother.Helie Lee’s grandmother, Hongyong Baek, came of age in a unified but socially repressive Korea, where she was taught the roles that had been prescribed for her: obedient daughter, demure wife, efficient household manager. Ripped from her home first during the Japanese occupation and again during the bloody civil war that divided her country, Hongyong fought to save her family by drawing from her own talents and values. Over the years she proved her spirit indomitable, providing for her husband children by running a successful restaurant, building a profitable opium business, and eventually becoming adept at the healing art of ch’iryo. When she was forced to leave her country, she moved her family to California, where she reestablished her ch’iryo practice. Writing in her grandmother’s voice, Helie Lee recreates an individual experience in a unique culture that is both seductively exotic and strangely familiar. With wit and verve, she claims her own Korean identity and illuminates the intricate experiences of Asian-American women in this century. Read Less

The Boleyn Inheritance (The Plantagenet and Tudor Novels)

And One More Thing Before You Go...