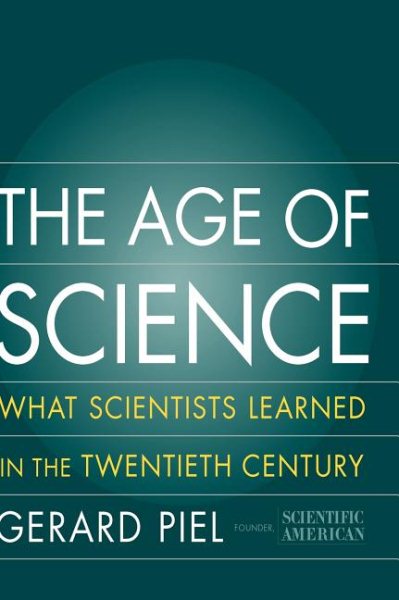 A sweeping overview of the scientific achievements of the 20th century, without question the greatest century for science in human history, by the legendary former publisher of Scientific American. Read More
When historians of the future come to examine western civilization in the twentieth century, one area of intellectual accomplishment will stand out above all others: more than any other era before it, the twentieth century was an age of science. Not only were the practical details of daily life radically transformed by the application of scientific discoveries, but our very sense of who we are, how our minds work, how our world came to be, how it works and our proper role in it, our ultimate origins, and our ultimate fate were all influenced by scientific thinking as never before in human history.In The Age of Science, the former editor and publisher of Scientific American gives us a sweeping overview of the scientific achievements of the twentieth century, with chapters on the fundamental forces of nature, the subatomic world, cosmology, the cell and molecular biology, earth history and the evolution of life, and human evolution. Beautifully written and illustrated, this is a book for the connoisseur: an elegant, informative, magisterial summation of one of the twentieth century's greatest cultural achievements. Read Less

Science in the Cause of Man.

The Acceleration of History